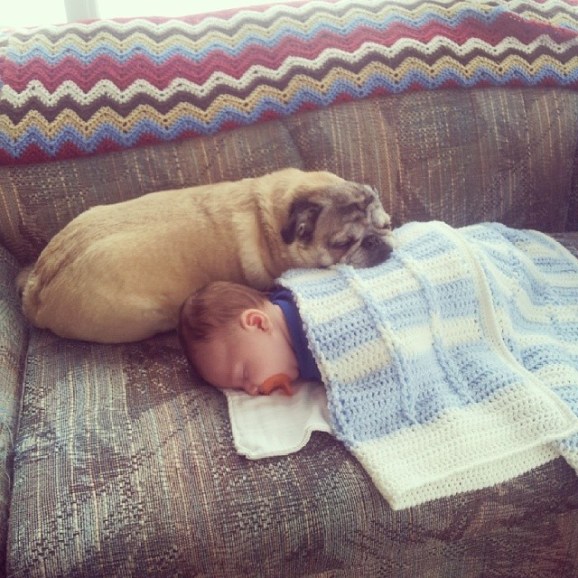 Stop fawning over the cute pug and baby photo and check out today’s roundup of all of the investment news in VentureBeat’s indispensable Funding Daily column.

Kaltura, an open-source video platform, has raised an additional $47 million in funding today. The company’s platform is based on open-source software that enables its clients to host, publish, manage, monetize, and analyze video content. Read more on VentureBeat.

Leaning in: Levo League nabs $7M to grow its ‘career cockpit’ for women

Women hold a pitiful 14 percent of executive officer positions. Levo League has closed $7 million — entirely in angel funding — to get more women into such roles. This is a professional network that aims to elevate women in the workforce by providing a range of career resources and support services. Cofounder and CEO Caroline Ghosn said that her own experience as a Generation Y woman inspired her to found the company. Read more on VentureBeat.

Cybereason today announced that it has raised a $4.6 million funding round (its first) from Charles River Ventures. It will use the funds to expand its 18-person team and expand its Cambridge, Mass., headquarters. Currently, most of its employees work out of its office in Tel Aviv, Israel. The startup’s founding team comes from the Israeli intelligence core. Read more on VentureBeat.

iCitizen aims to strengthen American democracy with a mobile app (and a $3.3M round)

America envisions itself as a beacon of democracy for the world, but we have some pretty major issues with our democratic system at home. iCitizen is a startup with the ambitious aim of strengthening our democracy through a mobile app. The company has raised $3.3 million to date and is growing fast. Read more on VentureBeat.

Pulling in $2.6 million is a pretty hefty seed round. But given this startup’s provenance, it makes perfect sense. “Everybody told me that raising would take forever, but it actually happened pretty fast,” Npm, Inc. COO Rod Boothby told VentureBeat in a recent interview. Read more on VentureBeat.

With $2M in the bank, Architizer hopes to digitize architecture and construction

Architizer, a New York-based online marketplace for architectural construction projects, has raised $2 million in seed money. The money positions the company to go after what chief executive and co-founder Marc Kushner says is a $200 billion global construction supplies market. Read more on VentureBeat.

Askem is a mobile application that prompts you to “question everything.” Users can snap a photo on Askem and enter multiple answer options for their friends to choose from. Askem has raised $1.85M with participation from Microsoft Ventures. Find out more on Askem’s website.

Incubator program Jumpstart Foundry has picked up a $500,000 funding round today. The new capital will be used to launch its next batch of startups and expand its focus from Nashville, Tenn, companies to the entire Southeastern U.S., JSF founding partner Marcus Whitney told VentureBeat. JSF selects 10 startups annually for its 14-week program, investing $15,000 in each. That might not seem like a significant amount, but operating costs in the south are much lower compared to the rest of the country — as is the level of competition. The new round was led by Clayton Associates, with participation from other investors. Read more on JSF’s website.