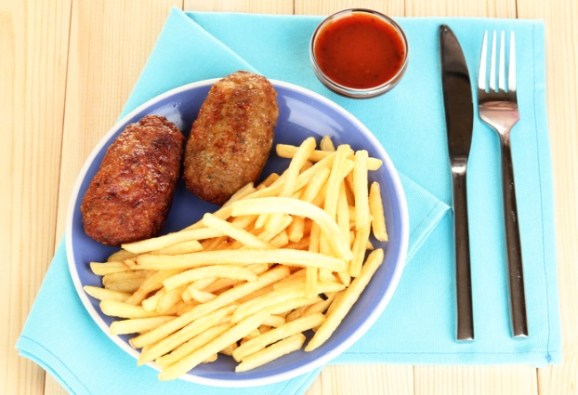 Less than 10 seconds. That’s how long it took for me to walk out the door after eating my last bite of dinner last Thursday.

The newest addition to the OpenTable app allows diners in a closed beta to see their bill and pay from their mobile phone at about a dozen restaurants in San Francisco. No more waiting for the check or the server to return with your credit card. The value of OpenTable payments was emphasized for me on Sunday when I waited for my check while the bartender flirted with the attractive waitress at the far end of the bar.

Disclosure: I am long $OPEN. I also own stock in companies that might compete with OpenTable payments including $EBAY, $PAY, $AXP and $MCRS. I’m also an adviser to OLO, a company focused on mobile ordering for quick-serve restaurants.

There are several startups that are chasing this space: Coverpay, TabbedOut, and Dash. But OpenTable has some sizable advantages, as shown in the beta implementation. For starters, you don’t have to tell your waiter you’re going to use a different payment option or show a QR code or ask for a table ID. OpenTable has integrated with the popular Micros POS systems that many restaurants use. When the host seats you, the POS system is automatically notified that you might pay with OpenTable. That information is present whenever your server views your check. Although that sounds like a small obstacle, that’s a major point of friction.

OpenTable also has several big business advantages: it already has relationships with more than 28,000 restaurants. According to its fourth quarter 2013 financials, OT has seated a cumulative total of 110 million diners via mobile; mobile accounted for 40 percent of seated diners in Q4 2013. I’ve long said that mobile payments in fine dining restaurants is OpenTable’s market to lose. If they can roll out what I saw last week systemwide, they won’t lose it.

“I believe a few years from now, we can actually be as known for this as we are for reservations,” OpenTable CEO Matt Roberts told me in an interview before the launch.

I ate dinner at Cafe Bastille in San Francisco. As soon as I sat down, the waiter mentioned that he saw that I might pay with OpenTable. (I was his first real OpenTable payments diner.) As soon as my first item was entered into Micros, I received a push notification letting me know that my app was connected to the system. From that point, I could view my bill in real time. After my last bite, I was able to pull up the final bill, select a tip amount, hit pay, and walk out.

The process was so simple and quick that I pondered whether the table next to me would try to stop me from leaving, because to an outsider, I was leaving before I’d even received the check. (They didn’t.) It was such a great experience that I had to pause for a second to make sure the product actually came from OpenTable, which hasn’t updated its website in what feels like 15 years.

Most of what we read about as innovation in mobile payments is incremental nonsense. You can tap to pay instead of swiping a card. Ooooh. Who cares? Best case scenario, you’ve saved a fraction of a second. In all likelihood, you’ve spent more time futzing with the new technology, resulting in negative value. Like the parking meters that I wrote about in 2012, OpenTable’s payments system is innovation in payments that matters.

OpenTable has filed a patent on its method for integrating with the POS system. I asked Roberts whether the patent filing was offensive or defensive. Although he didn’t answer the question directly, he said “We have patents that have not been used in an offensive way.” He added that the company has had to defend itself against patent trolls.

OpenTable doesn’t intend to charge extra for the payments service; restaurants will pay about what they currently do for credit card processing. But I expect that the service will increase loyalty among diners to OpenTable. That’s a big win for OpenTable, which makes money for each person who dines by booking through the service.

The current system doesn’t include features like bill splitting. The code is there, but it has been commented out, Roberts said. The goal was to take baby steps and to discover how diners and servers interact with the system before adding more complexity. It also calculates tips incorrectly (in my view), basing it on the post-tax total.

One of the things I always look at when evaluating products is operational impact. Whenever you’re changing human behavior like this, there are bound to be hiccups. But from the behind-the-scenes look that Roberts gave me and my first dining experience, it seems that OpenTable has done most of the right things necessary to minimize them.