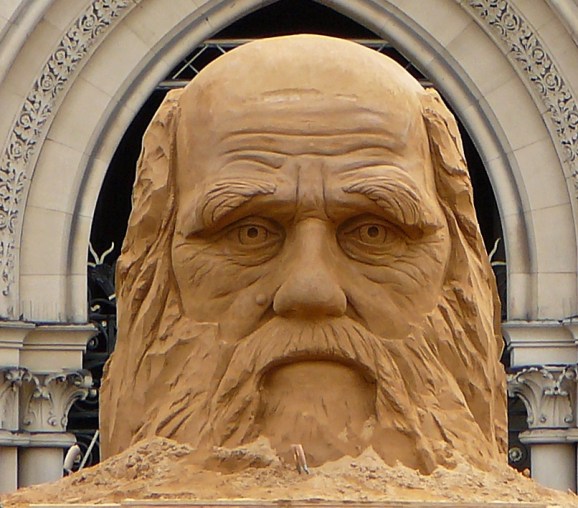 Today is Charles Darwin’s birthday, otherwise known as “International Darwin Day.” You might be wondering how to celebrate today, as I was, so I rounded up a couple trusty tips, along with today’s funding news. Acceptable forms of celebration include a “phylum feasts” — potluck meals where everyone brings a dish of a different species, nature outings, and throwing spaghetti at Creationists. This will require a lot of spaghetti, as 33% of Americans say “humans and other living things have existed in their present form since the beginning of time.”

Cisco throws nine-figures into Internet of Everything

Cisco announced that it has allocated $100 million to invest in early stage companies in order to drive the evolution of the Internet of Things. The networking giant has been interested in this space for a long time. It announced this today during its second quarterly earnings report. Read more.

Georgian Partners, a Toronto-based VC firm that invests specifically in expansion stage enterprise software, Internet and information companies, has announced that it completed a first close of $100 million for its newest fund. This is its second fund.

SideBand Networks picks up $6M for its network monitoring platform

Network monitoring startup SideBand Networks has secured a $6 million first round of funding today. The startup’s platform helps monitor network connections with a high level of traffic using both live traffic and logged data. It provides analytics, alerts, and visual tools to better understand network intelligence. SideBand did not disclose who invested in the round itself. Read the press release here.

Sellvana, a mysterious e-commerce software developer, closed a $5 million seed round from unnamed investors in New York Wednesday. With its website promising “soon you will enjoy ecommerce,” details of the funding, the investors behind it and the customers beta testing the software, were scant, though the founders insist a host of mid-range e-commerce sites are already successfully running the software.

3CLogic delivers a cloud based contact center solution that helps businesses communicate with their customers. Investors include Hal Shelton of Blue Ventures and Denis Seynhaeve of Force Venture Partners. 3Clogic aims to raise a total of $5.25 million.  Read the filing.

Yevvo nabs $3.7M so you can stream live videos of your life to friends

MyHealthTeams, a San-Francisco social networking website that aims to connect people suffering with a variety of health conditions, has pulled in $3.36 million in Series A financing led by The Westly Group. MyHealthTeam has networks for breast cancer, autism, and MS. Read more on VentureBeat.

Oink, the teen payment technology also known as Virtual Piggy, has closed $2.5 million. Oink is providing an alternative to gift cards for teens, who aren’t old enough to have credit cards. It lets teens make secure online purchases over any platform without having to turn over identity information to the merchant. In that sense, it complies with laws such as the Children’s Online Privacy Protection Act that protect kids who use online services such as games. Read more on VentureBeat.

SaaS startup Wise.io has investment commitments for $2.5 million of a $4 million round of funding, according to an SEC document filed today. Wise.io provides its clients with applications that process data using machine learning (aka machine learning as a service) to make predictions for a processes in a variety of industries. Read more via Wise.io’s Form D.

LoginRadius, a social login and sharing provider, announced today it has secured $1.3 million in financing from a syndicate of investors including the Accelerate Fund, Yaletown Venture Partners, Real Ventures, BDC Capital and several angel investors. It powers15 million monthly users on over 100K websites worldwide. Login Radius supports authentication through 30 major social networks. It graduated from FounderFuel in Summer 2013.