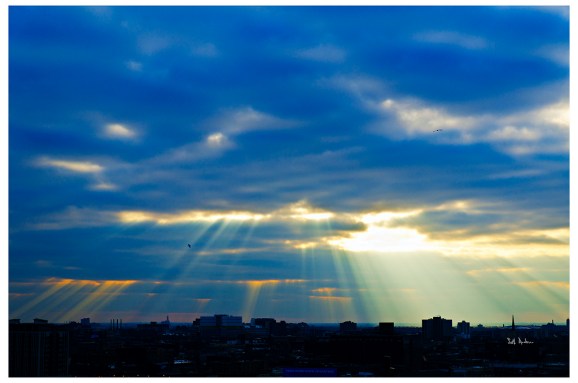 The cloud isn’t just a place to store stuff. It’s a place where computationally intensive software can run.

And the cloud could become a more natural setting for big visual-effects studios to do work in the future, now that graphics-rendering company Otoy has acquired an application-streaming startup called AppSlingr.

In announcing the deal today, Otoy did not say how much it had paid for San Francisco-based AppSlingr, which has two employees, both of whom will work at Otoy’s Los Angeles headquarters.

Deal size aside, the buy could open up lots of doors for Otoy, which recently closed a Series D round of funding led by investor Yuri Milner.

What’s more, it could make public clouds even better platforms for software to operate. Public-cloud market leader Amazon Web Services has been taking steps to make this possible by introducing new types of server instances all the time, to meet the needs of software companies’ applications. AppSlingr’s technology could help the cause by letting those heavy-duty applications run on any device.

As a result of buying AppSlingr, Otoy should be able to go further and package up applications to easily stream over the cloud and right on down to a laptop or a tablet.

“I think they’re looking at being able to deliver more customized cloud instances of applications, whatever they may be — something that would be a little more tailored to what a specific customer might want,” Otoy spokesman Will Willis said in an interview with VentureBeat.

What’s more, AppSlingr has figured out great ways to combine application streaming with storage of files. As of today, AppSlingr integrates with Box, Dropbox, Google Drive, and Microsoft OneDrive. That could be of great use to 3D animation or content creators that have to deal with large files.

Otoy’s rendering engine is part of the visual-effects production pipeline at almost every major motion-picture studio, Willis said. Now that it’s getting a system for streaming multiple software applications from clouds, it could pick up many more customers.

Meanwhile Numecent has been hard at work making rich software applications run from public clouds. Now Numecent could have some more competition.

Incidentally, this is the first exit for the enterprise-focused Alchemist Accelerator. AppSlingr was part of Alchemist’s fifth class, which had a demo day last month. AppSlingr was supposed to present but had to pull out because of the acquisition, Alchemist head Ravi Belani wrote in an email to VentureBeat.