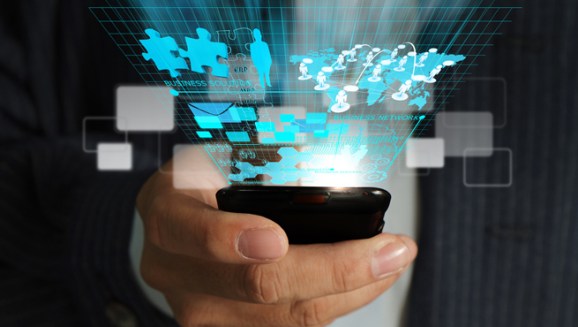 Roi Chobadi is the co-founder and chief product officer at LiquidM.

Mobile advertisers have it all wrong. They think real-time bidding (RTB) is all that’s used for performance advertising. And they think big name publishers (Facebook, New York Times, Wall Street Journal, ESPN) are what they’re relying on for premium ad distribution.

Not only can you use direct publishers & RTB extension for both, but guess what? Your campaigns are already being run this way.

But before we explore ad tech’s dirty secret, let’s step back for a moment and recap the important drivers behind premium and performance advertising.

Building brand awareness and generating bottom of the funnel conversions (downloads, sells, upsells) are two essential but vastly different marketing activities for driving up customer lifetime value through advertising. It follows then that the tools for branding and the tools for conversions are different, right? Sure, one would assume. And that sort of assumption is exactly what current ad tech vendor practices bank on. In mobile advertising, it traditionally breaks down as follows:

Though these concepts are Marketing 101, and touted by agencies, trading desks and ad networks to be separate (not to mention expensive), it’s simply not true in practice. It’s a dirty, yet well-known secret within the ad tech industry, but not so much outside of it (or to its customers), that performance and premium are often used in tandem without useful results.

Programmatic agencies and Demand-Service-Providers will tell you that in their “managed service” (that’s the part where their ad operations team supposedly uses glorified “machine learning” algorithms) they operate your campaigns on RTB traffic, and they get great results because they have the best algorithms in the world. But that’s not really what they do.

Sure, they’ll run some traffic on RTB. Why? Because they have to. They just told you they are doing that — and, otherwise, they’d be lying. But, here’s the kicker, next their team will do manual spot buying of Facebook traffic in a CPD campaign, or run the campaign manually on direct publishers.

Why do vendors do this? Because in many cases direct premium publishers (and especially Facebook) are much better performing than RTB traffic. Let’s look at why:

It’s starting to become more clear. But still, why are you paying that high DSP premium?

Well, for starters, many premium agencies and saleshouses will say your campaign is running on safe well known premium supply “such as New York Times, Wall Street Journal, ESPN, etc.” But, please notice the word choice — there’s a reason for the “such as” language. The reason is: your campaign is not only running on these top premium publishers, but many times is running also on mid-tier publishers and also on RTB.

Mixing the Good Water with the Dirty Water

So next, you ask yourself: if RTB isn’t great for performance, why are saleshouses using it for branding?

Well, in part because RTB might be less performing (CPD or CPA) than a good premium campaign, but it’s still traffic that gains impressions and clicks. What the dirty truth here? When a saleshouse or agency doesn’t have enough premium supply to run a campaign, instead of turning it down (or being very direct about it), they would rather accept it, run some of it on very well known high end premium publishers, and some of it on lower tier publishers (in many more cases than you’d imagine) and on RTB as well.

A wise friend of mine sums up this process rather well: “mixing the good water with the dirty water,” and goes on to say: “you need to know how to mix them well, so you get a good ratio.”

Knowledge is Power: Go forth and ask questions

While premium and performance are very distinct marketing objectives, the usage of ad traffic to fulfill each is actually overlapping. The classic dichotomy of “performance campaigns run on RTB, using great algorithms” and “premium campaigns run on top premium direct publishers” is simply not true.

What should you do next? You have two options: 1) do nothing – accept the reality that performance campaigns are running better on premium supply and sometimes you do need RTB reach extension to run a big campaign with very constraining targeting criteria; or 2) take action – ask your agency / trading desks where your campaigns are really running, hope you get an honest answer and work together to ensure you’re getting the campaign you signed up for.