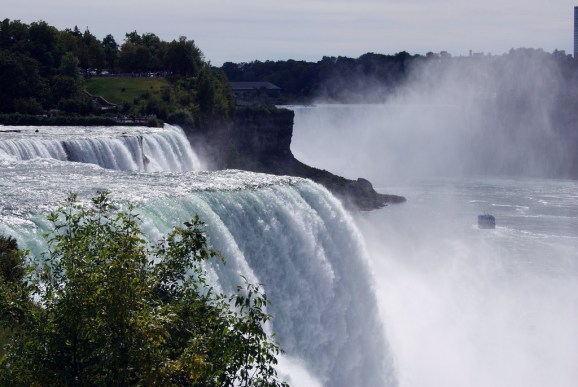 Oracle is buying its way toward dominance in the cloud-based marketing software arms race. Today it announced it will buy BlueKai, a company that helps marketers measure how well their ad campaigns reach certain types of people.

Oracle didn’t say how much it was paying for BlueKai, although multiple media outlets put the deal at around $400 million.

Adobe and Salesforce.com have been building and buying to grow their own “marketing cloud” software portfolios. IBM also has marketing software. Oracle’s BlueKai deal seems to be a matter of differentiating from those vendors.

BlueKai is Oracle’s third big marketing-software acquisition in a little over a year’s time. In December 2012 Oracle moved to buy Eloqua, a marketing-automation software provider, for $871 million. One year later, Oracle ponied up $1.5 billion to buy digital-marketing software company Responsys.

Each Oracle buy provides a different piece of the total solution. Eloqua is aimed at business-to-business marketing. Responsys is meant for marketing to consumers. BlueKai provides a place for companies to store information about customers and audiences. BlueKai also has lots of data; as the third largest third-party data marketplace, it taps more than 200 data providers to help marketers fill out profiles of people to whom ads can be targeted. The system works across multiple advertising platforms, including social media and mobile sites.

BlueKai will be integrated with both Eloqua and Responsys, according to a letter Oracle executive Steve Miranda wrote to customers and partners. Adding BlueKai to Oracle’s marketing and social software will let companies “build the richest user profiles combining information from first-party and third-party sources, including media, advertising, social, and mobile sources,” Miranda wrote. 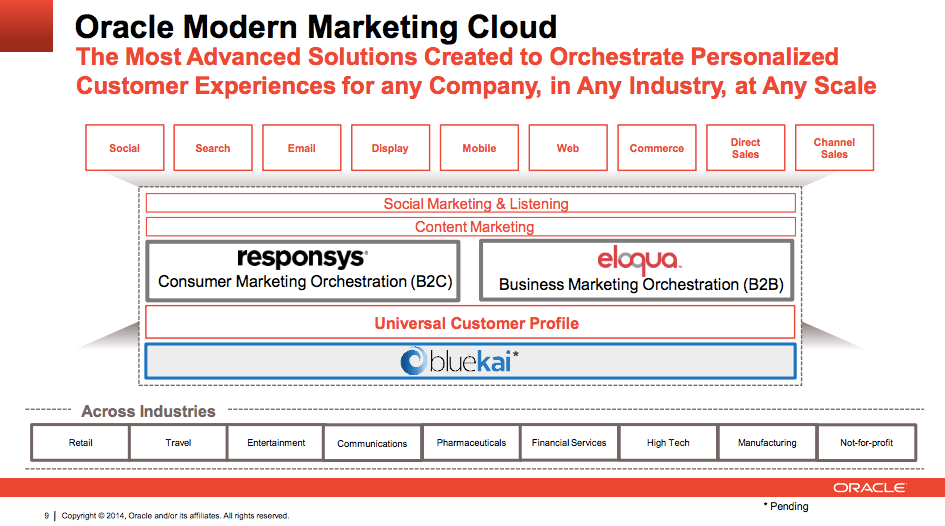 BlueKai, which started in 2007 and is based in Cupertino, Calif., has around 300 customers. The company has case studies from Hewlett-Packard, as well as a top U.S. wireless telecommunications company, a leading online education provider, and a leading online retailer. The company’s CrunchBase page lists $41.9 million in total funding.