Mobile World Congress, the annual mobile industry gathering in Barcelona, may be dominated by huge device announcements from the likes of Samsung. But there are some weird and wonderful demos and products to be found in the hidden corners of the show. Here’s a subjective selection of five of the best.

This year’s MWC must be the first to boast its very own beer (above) brewed by Belfast’s BrewBot. Started by a group of iOS designers and developers, BrewBot is a semi-automated brewing kit controlled by a mobile phone app which tracks the entire two-week brewing process with temperature and flow sensors.

The company raised £114,368 ($ 156901) via a Kickstarter campaign last year with which it shipped its first round of fifty plus kits to supporters. The product is being offered to MWC attendees at a special price of $2800 + $580 shipping to the U.S. Users can choose from a selection of pre-defined recipes or create, and share, their own. For the record, the Mobile World Congress stout is extremely tasty.

The Blackphone is a privacy-oriented smartphone for non-boffins which is a joint venture between security company Silent Circle (whose founder is Phil Zimmerman, the inventor of PGP) and Spanish smartphone makers Geeksphone.

“The people who sought out the Silent Circle mobile suite were already pre-disposed to look for security tools and what they were doing was deciding which one, ” says Blackphone’s managing director Toby Weir-Jones. “We want people who are not necessarily pre-disposed that way and want a turnkey solution. The easiest way to deliver a turnkey solution is to have it pre-installed on something and that something is almost inevitably a phone.”

The Blackphone runs Android, but includes a number of low-level and app-level changes referred to as PrivatOS. Communications with other Blackphone and Silent Circle users are encrypted, as are backups. Internet queries are anonymized. Wi-Fi shuts off if there is no secure hotspot. App permissions can be modified on install.

The first Blackphones will ship in June this year and can be ordered at a cost of $629 from the company’s website. At the same time the phone will be offered by KPN to its Dutch subscribers. 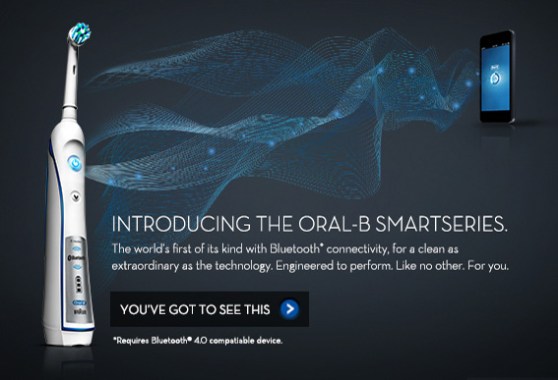 Continuing the invasion of interactivity into everyday objects, Oral-B’s SmartSeries 7000 toothbrush provides real-time guidance while you brush, records brushing activity and can spam your dentist with reports of your bad brushing technique. It’s the first ever toothbrush to debut at Mobile World Congress. [We also saw a smart toothbrush from Kolibree at CES.]

Dedicated dental professionals can program delinquent patients’ brushing routines in the app and point out problem zones within the mouth. The app will even graph your brushing history. At $220, these extra features don’t come cheap — but then neither do frequent trips to the dentist. 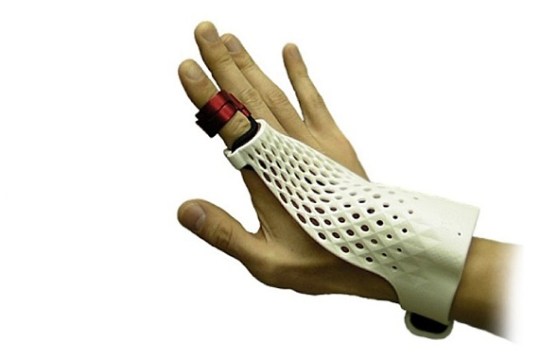 Fujitsu often supplies some of the more enjoyably wacky demos at Mobile World Congress. This year’s crocodile-stroking haptics demo was no exception. However, the company also showed an impressive system for industrial workers featuring Augmented Reality (AR) and a gesture-detecting glove.

Fujitsu‘s AR server is already deployed in 400 companies in Japan from power utilities to Telcos. Workers currently point a tablet at a piece of machinery to identify it, and then receive instructions via an AR overlay on what to do to fix or maintain that piece of hardware. Let’s say the water pressure in a pipe is too low. The AR layer will instruct the worker to adjust the pressure dial and sensors will detect the action was completed successfully. Then a report on the action is logged.

The problem with the current system is that workers receive instructions on the tablet but put it down to do the work. “By the time they come back someone has run over the tablet with a fork lift,” said Fujitsu Senior Technical Consultant Glen Evan. The demo replaces the tablet interface with a set of AR glasses and a glove which detects gestures to scroll through menus and take actions like sending reports. The entire process becomes hands free. The new system will be on the market in Japan in 2015. 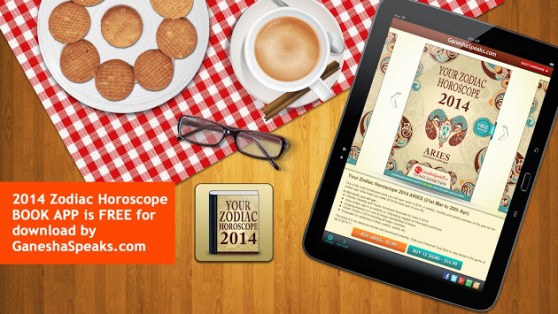 The alphabet of mobile content in India starts with A for Astrology, B for Bollywood, C for Cricket and D for Devotional. GaneshaSpeaks is the most popular astrology service in India with 10 million monthly users, half of whom access it via mobile. The company also employs 500 full-time astrologers to the create paid, personalized readings ordered by 8-10% of users. A personalized reading costs between $10 and $300.

“Astrology is deeply, deeply embedded into the culture,” says CEO Hemang Arunbhai Pandit. “From the moment that any kid is born in India his chart is prepared according to astrology. Naming is according to astrology. When people get married, which is a big decision in people’s lives, they match their horoscopes. The last rites also have a bit of astrology attached.”

GaneshaSpeaks is already the third most popular astrology service in the world. 25% of traffic comes from U.S. and 10% from the U.K. Pandit wants to be the world’s number one within two years. I asked him whether his own forecast predicts that he will make it. “Yes,” he says. “It tells me I need to work really hard.”