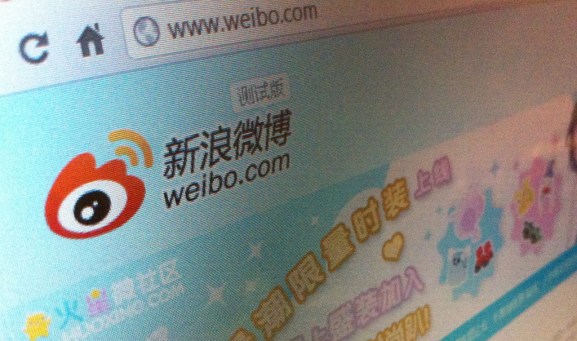 Chinese microblogging service Weibo is poised for an initial public offering in the United States at an $8 billion valuation, according to data compiled by the financial intelligence firm PrivCo.

Weibo was launched by Chinese corporation Sina in 2009 and quickly became one of the most popular Internet properties in the region. An estimated 100 million messages are posted on Weibo each day.

The offering has not been publicly announced, but it could raise up to $500 million. According to PrivCo’s sources, the firm will likely list on Nasdaq, and Goldman Sachs and Credit Suisse will underwrite the offering.

VentureBeat first reported on the offering on February 24, when rumors began flying in the press.

One of the big winners from the IPO is Alibaba, the Chinese e-commerce giant, which purchased an 18 percent stake in Weibo last year at a $3.25 billion valuation. PrivCo predicts Alibaba will stand to profit over $1.5 billion and will likely exercise its option to increase its stake to up to 30 percent.

Later this year, Alibaba is expected to go public in the United States. Analysts have valued that company at around $100 billion, which would make it one of the biggest stock offerings in history.

Weibo’s future success is threatened by competing services like Tencent’s WeChat. Sina has admitted that people are increasingly spending time on instant messaging app WeChat instead of Weibo.

Another word of warning for potential investors: Like Twitter itself, Sina has been slow to monetize the service. The company reported $43.7 million in advertising revenue from Weibo in the third quarter of 2013, but that’s less than a quarter of Sina’s $184.6 million net revenue during that period. Sina chief executive Charles Chao said Weibo was nearing “the break-even line” during a November earnings call.

Alibaba is helping Weibo grow its revenues and user-base. The company features ads from its merchants on the platform and recently integrated its Alipay payments service into Weibo.

PrivCo has produced analysis to show that Weibo may perform better as a standalone entity. On its own, Weibo could be considered a mobile company — but as part of Sina, it’s just one part of a media entity. High multiples and nosebleed valuations are being given to mobile companies, particularly in the wake of Facebook’s $19 billion purchase of WhatsApp.

“Weibo is worth more divorced than married,” said founder Sam Hamadeh, in a statement to the press.