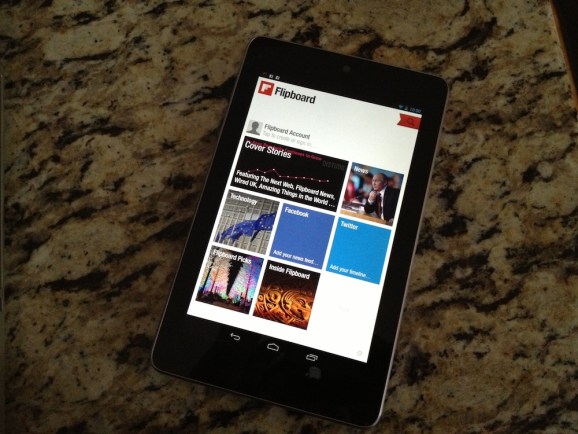 CNN bought Zite way back in 2011 for a rumored $20 million and kept the service alive as a standalone way to discover and read a customized mix of news content from a variety of sources. CNN launched online news product CNN Trends through Zite but has otherwise done little with the company. While financial terms of the Zite sale weren’t disclosed, CNNmoney is reporting that the deal was worth $60 million despite company officials denying that figure.

“While we’re not sharing the terms of the deal, the reported valuation is inaccurate” said a CNN spokesman.

On the conference call, CNN declined to share Zite’s total active user numbers, saying only that the figure was a lot smaller than Flipboard’s. Zite’s main appeal is its technology, which is focused on curating news you care about from sources you like — all of which will eventually get integrated into Flipboard.

Under the terms of the deal, CNN will syndicate much of its content to Flipboard and will create separate digital magazines for some of its TV news shows, including Fareed Zakaria’s GPS Daily, The Lead with Jake Tapper, and John King’s Go “Inside Politics.” CNN and Flipboard will also enter an advertising partnership in addition to the content agreement.

One person who won’t be staying on after the acquisition is Zite CEO Mark Johnson, who will be leaving to pursue other projects. Zite’s engineering and development team, however, will continue on as employees at Flipboard.

It makes sense that CNN would want to offload Zite, despite it being a powerful and useful technology in the digital magazine space. Flipboard is the clear leader when it comes to digital magazines, and this new partnership means CNN is backing the company instead of trying to compete.