This is a guest post by Telerivet CEO Joshua Stern

Although it had not received much attention until recently, the global mobile messaging space has long been a high-growth, high-value space. After last month’s $19 billion acquisition of WhatsApp by Facebook, it’s undeniable.

With a 55-person team ($345 million per employee), 450 million users ($42.20 per user) and $20 million in annual revenue (950x revenue), WhatsApp’s acquisition has been feverishly sensationalized, debated, and analyzed worldwide.

So what made WhatsApp so incredibly valuable, and what does it mean for the mobile messaging space?

The WhatsApp deal demonstrates the importance of connectivity by means other than the Internet: The use of text messaging on mobile phones. WhatsApp pioneered a non-paternalistic international approach that facilitated easier connectivity in the developing world. And finally, WhatsApp’s focus has been on personal use, allowing the company to rapidly gain momentum. Together with an advertisement-free experience, WhatsApp created a perfect storm that led to its incredible success.

The question on everyone’s lips: What’s the business model? After all, it’s “business use” that has a history of proving the long-term sustainability of technologies and offering new ways of generating scalable revenue. No doubt businesses, organizations and communities in emerging markets would find value in connecting with constituents, customers, and partners on mobile devices.

But before we talk about businesses using mobile messaging, let’s examine the role of connectivity and how people can access the Internet and other digital services. It’s here where we see the beginning of the divergence between corporate uses and personal uses for mobile messaging technology.

Mark Zuckerberg recently explained how WhatsApp aligns with his and Facebook’s vision to connect the world. He pointed out that only a third of the globe’s population is currently connected to the Internet. He stressed the importance of increasing worldwide Internet connectivity, and noted that emerging market connectivity (such as, places like Africa, Southeast Asia, Latin America, the Middle East and rural and disaffected communities around the world) could bring and improve essential services in areas such as healthcare, education, and financial systems.

But “connectivity” means different things to different markets. For most of the world, connectivity means a basic mobile phone, not an Internet-connected device as it does in the U.S. and Europe. While 2.7 billion people may have internet connectivity, an estimated 4.5 billion people in the world have at least one active mobile device, meaning that mobile messaging is accessible to the majority of the world in a way that many other internet services are not.

Indeed, mobile messaging has become second nature to billions, particularly in the developing world where it is the primary form of electronic communication.

At the same time, non-Western technological adoption has progressed in a non-linear way, offering solutions like WhatsApp an opportunity to capitalize in ways that incumbent carriers and telcos hadn’t realized. In the west, our technological progression is linear: mainframes to PCs to laptops and landlines to mobile phones to smartphones to the wide range of mobile and wearable devices available today.

For a variety of reasons (much of it due to the relatively recent emergence of necessary infrastructure) much of the developing world went from having no technology at all to having mobile devices. WhatsApp recognized that while smart phones with basic internet access were finally becoming affordable in emerging markets, carrier SMS rates remained expensive. Their solution? Save people money by enabling them to message each other through their data plans. WhatsApp made messaging less expensive, simple to use for those who aren’t accustomed to technology (imagine someone who’d never used a computer or phone before), and as device-agnostic as possible.

If WhatsApp highlights the need for frictionless person-to-person messaging, the need for frictionless business-to-business and business-to-person messaging is even more clear — especially since barriers to running mobile communication services in most of the developing world have been prohibitively expensive and, for many, too technically complicated. Some of the challenges typically associated with business mobile messaging (particularly internationally) include paying for an expensive short code from a local mobile carrier and hiring a development team to build out a communications service. All too often, business mobile messaging is out of reach for businesses and organizations without the necessary resources.

There are virtually endless scenarios in which business to business (B2B) and business to consumer (B2C) mobile messaging is practical.

We’re living in a time of constantly accelerating technological change, and each iteration expands the possibilities of economies, businesses and ultimately, societies. The mainframe era made it possible to gather, collate and manage information, giving way to the PC, which allowed everyday businesses to bring computing power into their operations.

The rise of the cloud made it possible for businesses of all sizes to utilize and leverage powerful, scalable technologies without the cost and complexity of on-premise software.

We are now witnessing the ways in which the affordability of mobile devices have enabled people in emerging markets to finally have connectivity and services like WhatsApp have made that connectivity affordable for personal use anywhere on the globe. The continued democratization of mobile communications in emerging markets is a similar narrative to the cloud’s democratizing effect on business software in the West, and the implications of the rise of mobile communications that we can already see (not to mention those we haven’t yet) are boundless. 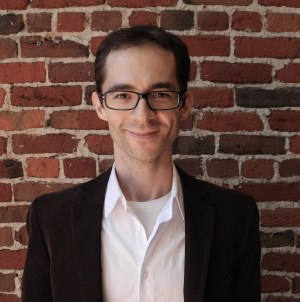 Joshua Stern is CEO and cofounder of Telerivet, a mobile messaging platform that empowers organizations around the world to quickly and easily communicate with customers and constituents — including those lacking a smartphone or internet access — by harnessing the power of SMS. A regularly featured speaker and panelist on technology and entrepreneurship in Africa and emerging markets, he serves as an advisor to a number of organizations, including Tanzania’s Commission for Science and Technology and as a technology advisor to US Senator Angus King. Joshua has a B.S. in computer science from Stanford University and is fluent in Kiswahili.