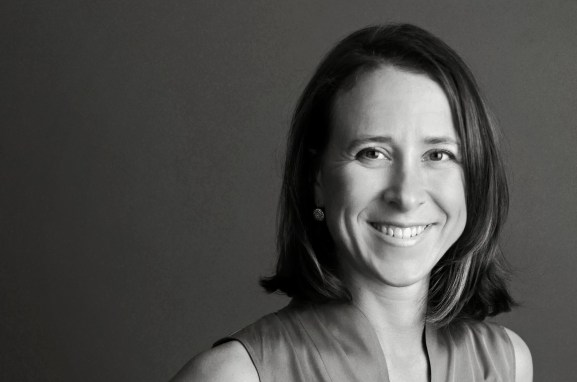 AUSTIN, Texas — 23andMe‘s chief executive Anne Wojcicki kicks off her stilettos and sinks into a couch.

Minutes into our interview, it’s clear that Wojcicki is exhausted. After months of relative radio silence, she’s back in the game with a keynote at Austin’s tech festival, South by South West Interactive, and a grueling schedule of press interviews. And her shoes don’t fit.

But busy schedule (and aching toes) aside, Wojcicki is optimistic about her company’s future prospects. Until recently, she was the well-respected leader of a revolutionary Google-backed startup selling an affordable DNA test directly to consumers. The company claimed on its website that it was “saving lives” by delivering clinical insights, such as your risk of developing breast cancer or Parkinson’s Disease.

That all changed in November of 2013, when the Food and Drug Administration (FDA) demanded in a very public manner that the company stop selling and marketing its $99 testing kit due to concerns about the clinical and analytical validity of the product. A media firestorm ensued, with 23andMe ultimately backing down. The company is no longer delivering these health insights to consumers, but those who order the test can still receive ancestry information and raw data.

I caught up with Wojcicki for a one-on-one shortly after her keynote at SXSW, where she spoke about one of her preferred topics, the dawn of “personalized medicine.” Surrounded by a few key staff members at an apartment in downtown Austin, she answered my questions (with a refreshing honesty) about what really happened with the FDA, and her plans for the future.

VentureBeat: Let’s clear the air: What really happened with the FDA? The agency claimed that 23andMe had cut off the lines of communication.
Wojcicki: We were working on the comments they had previously given to us. But I admit there was a lapse in communication. I just didn’t know that we should be communicating more. We don’t have peers in this space who have gone through the FDA process. It’s still an open question how this space should be regulated.

We have since fixed the relationship, and now the FDA is our number one company priority. I have to admit, though, I wish they had given us a heads up (before making the warning letter public).

VentureBeat: What’s your take on the PROTECT Act, a bill in Congress that would effectively kick the FDA out of digital health?
Wojcicki: We hadn’t studied it in detail, and I don’t know what the right solution is. It could be amazing, as it’s tough for startups to go the existing route.

VentureBeat: Government agencies like the FDA move at a notoriously glacial pace. Is that frustrating for an entrepreneur?
Wojcicki: They have been a good partner to us in that sense. If we send them something on Friday, I’ll get a call on Monday. They have been responsive. But it’s still unclear how our test fits into the current guidelines.

VentureBeat: Did you expect controversy when you started this company? It’s fairly revolutionary to give people access to their genetic data. And if you had known, would you have started it anyway?
Wojcicki: I think that for people who are trying to make a difference, you have to start the company being naive. You wouldn’t do it if you understood all the work. I work a lot. I wish it was easier. And, no, I didn’t expect this kind of controversy.

VentureBeat: 23andMe was offering a BRCA test for breast and ovarian cancer. Do you think there is merit to the FDA’s concern that consumers might misinterpret the results, which could lead to unnecessary mastectomies?
Wojcicki: We have tons of stories from people who didn’t know they were carriers, even Jewish doctors were taken by surprise. I point people to a recent study by our consultant Dr. Uta Francke, which demonstrates the positive impact of a more direct access to BRCA tests. We encourage patients to partner with their physician, who can walk them through their options.

VentureBeat: How are you taking steps to educate patients about their results?
Wojcicki: We don’t have the budget for a full education program. But we do have 220 academics who have signed up to create videos online on sexy topics, like What’s a phenotype? By the way, that video has garnered 120,000 views. We’re doing a really creative tech-based education for physicians and consumers.

VentureBeat: Before the regulatory dispute, you had planned to offer exome sequencing. How about full genome? (Editors’ Note: Full genome sequencing may soon be affordable enough for the mass market. In January, a biotech company called Illumina unveiled a new machine that it claims could sequence a full human genome for $1,000).
Wojcicki: We had offered personal exome sequencing (a pilot) and were seeing a demand for full genome. We enabled people to learn about themselves without having a gatekeeper.

VentureBeat: In a recent KQED Forum, genetics expert Hank Greely made the case for genetic counseling. People can misinterpret the data. Isn’t an informed gatekeeper a value-ad for patients?
Wojcicki: In my dream scenario, you could access your genetic information on your own. But inexpensive genetic counseling would be pervasive for those who wanted it. I spend a lot of time thinking about this. I’ve come to the conclusion that you shouldn’t have to see a genetic counselor. It should be a choice.

VentureBeat: Experts like Greely have also pointed out the difference between clinical and analytic accuracy. He argues that the interpretation of the results will vary widely and therefore shouldn’t be used to treat patients. How would you respond to that critique?
Wojcicki: It’s really a small subset of our test where we had that issue. We were doing pharmacogenetics, the carrier status, traits and ancestry, where that argument doesn’t hold true. The only category where it does apply is disease risk.

But it’s certainly true that as we learn more about the genome, we might learn about more variants that suggest a high disease risk. We want to better understand the genetic basis of disease, which is why we have a strong research component.

VentureBeat: The press was really rough on 23andMe after the FDA issued its enforcement action. I recall one publication referring to your stunted communication with the agency as an example of Silcon Valley hubris. Did you feel turned upon by the media?
Wojcicki: It sucked. But I try not to worry about the day-to-day press. I think the truth comes out. If you look at the scientific publications that are well respected, I think they were really balanced and fair.

The best thing we can do is rebuild the relationship now and hope that the credible reports will come out.

VentureBeat: Aside from resolving the issues with the FDA, what else are you focused on?
Wojcicki: We have 1,000 phenotypes that we’re regularly studying and a bunch of disease areas that we’ll be launching soon. One of the aspects I’m most excited about is the drug response research. I think it’ll have great impact. We’re also taking the time to revamp the website. I’m excited for what the future holds.