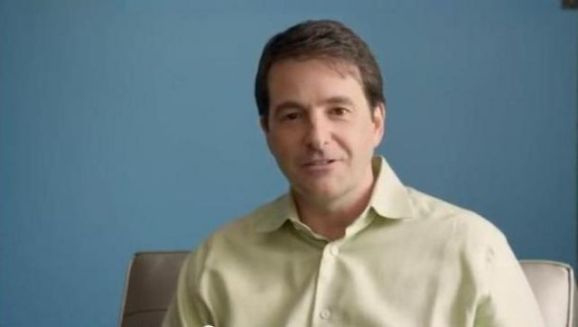 Knewton provides an open API for “adaptive learning,” an insidery term for computing that helps students learn at their own pace. Knewton’s technology works by dividing lessons into building blocks and then measuring students’ performance as they learn.

“We feel that we have the best education technology — our algorithms can determine students’ proficiency on any given concept,” explained chief operating officer David Liu in a recent interview.

Knewton already works with publishers like Houghton Mifflin Harcourt (HMH), but Microsoft is even bigger get. The technology giant has invested heavily in its education division, selling its flagship Office and Windows tools to thousands of schools and universities. It also boasts a sizable partner and publisher network.

According to the terms of the partnership agreement, publishers who work with Microsoft can incorporate Knewton’s software into their products.

“This means that publishers will be able to offer robust predictive analytics for teachers,” explained Sara Ittelson, Knewton’s business development director, in a company blog post.

The partnership is strategic on both sides: Microsoft will be able to enhance its product with an adaptive learning tool, and Knewton gains access to a vast distribution channel. According to a company blog post, Microsoft will also introduce Knewton to governmental education agencies around the world.

According to education technology experts, Knewton has become the poster child for adaptive learning.

“Knewton is trying to create some kind of standard around adaptive learning and be the brains behind adaptive content,” said Rob Wrubel, executive vice president at Apollo Education Group, which owns several for-profit educational institutions, including the University of Phoenix. “And Microsoft will now be able to offer more personalized content to students.”

Knewton is also partnering up with hardware developers, course delivery platforms, learning management systems, and more. “Knewton’s partnership with Microsoft is an early example of this flexibility,” Ittelson wrote.

The larger goal for Knewton, according chief executive Jose Ferreira, is to create the world’s most valuable repository on how people learn. This data will likely prove to be highly valuable, particularly with governments attempting to understand and solve the crisis in education (high costs of tuition, overstretched school districts, out-of-control dropout rates, and so on) through technology.

Knewton recently raised $51 million in funding — significant for an ed-tech company. To date, it has secured $105 million.