When you envision the future of marketing, what do you see?

Undoubtedly, it will be a function that’s greatly influenced by technology and is becoming increasingly data-driven. And there’s certainly evidence to suggest that marketing’s traditional role will evolve significantly as the B2B buying cycle continues to evolve.

But there’s another shift I see happening, and I think it has the potential to take the business world by storm: the rise of the marketing operations function within marketing organizations.

For much of the last decade, sales operations has been a critical function in most enterprise organizations. It’s a role that’s responsible for a variety of tasks, including sales analytics and forecasting, territory design, CRM implementation and optimization, sales compensation, and sales training – among many others.

Naturally, the growth of that function has coincided with the evolution of sales automation technologies, with many businesses now relying on those tools to approach their sales processes more analytically.

Now, as marketing departments are increasingly embracing technologies that offer similar benefits to their organizations, and marketing contributes more to the revenue cycle, many organizations are recognizing the value of building out a marketing operations function as well.

Of course, marketing ops is still in its infancy, and its parameters are still very much in the process of being defined. Generally, marketing operations is responsible for managing various marketing technologies and related processes. Marketing automation platforms – such as Marketo, Eloqua, Pardot, and HubSpot – are the most prominent of those technologies. These are the workhorses of the B2B marketing technology stack – we rely on them to architect our marketing programs, build our mailing lists and landing pages, and, of course, send our emails.

But the emerging marketing technology stack now goes well beyond just marketing automation. As marketing eats more and more of the sales cycle, these technologies are at the center. And this means that marketing operations becomes an increasingly strategic role — slotting itself at the intersection of marketing analytics and decision-making and revenue generation tactics. In many ways, marketing operations has the potential to have a far bigger impact on revenue than sales operations.

The Marketing Ops Role and Profile

I’ve noticed that in small businesses with fewer than 100 or so employees, marketing ops is a function performed by the demand-generation team, while larger organizations carve out a separate role for it. Interestingly, in many instances, traditional marketing folks aren’t populating these marketing ops roles.

It’s a role being filled by an impressive group of people with varied backgrounds:

Not exactly the typical background for a marketer, is it?

Frankly, if I had a recently graduated, 22-year-old cousin who was trying to figure out which career path to take, I’d push them to look into marketing ops.

Very simply, marketing operations represents an incredible intersection of marketing, technology, and business process. It takes things like demand generation, content marketing, and revenue optimization – as well as the systems and technology that drive those functions – and sews them all together.

Need further proof that marketing ops has risen into a key business function? There’s an entire conference dedicated to the topic: Just yesterday the second annual Marketing Operations Executive Summit kicked off in San Diego. As marketing’s role in the revenue cycle becomes more significant, marketing ops – and conferences like the one above – will only become more relevant, too.

The reality is that marketing ops has arrived. The question that remains, however, is what it will evolve into in the near future and how much more responsibility it will take on.

Will marketing ops eclipse its elder sibling, sales ops, and ultimately take ownership of revenue cycle operations and analytics? Only time will tell, but I’ve got a hunch that might be the case.

Disclosure: ExactTarget is a customer of BrightFunnel. 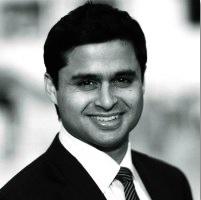 Nadim Hossain is CEO and cofounder of BrightFunnel, a predictive revenue analytics platform which helps B2B marketers attribute, forecast and benchmark accurately. He was formerly a senior executive at PowerReviews, where he led all marketing, sales development and channel sales efforts, and at Salesforce.com, where he director of product marketing & management.