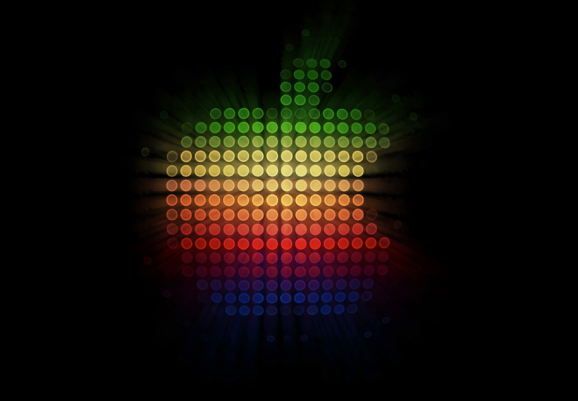 Apple is finally waking up to the frenzy of the mobile advertising sector.

A little-noticed tweak to the Cupertino, Calif.-based giant’s iOS 7.1 iAd app means that Apple can finally get the credit for driving new customers to app publishers when the those companies use Apple’s iAd to advertise their apps. The development was first noted by mobile ad analytics outfit HasOffers in a blog post last week.

The implications for Apple, and the rest of the mobile ad sector, are huge, said analyst Ray “R” Wang of Constellation Research.

“Apple has kind of been like the sleeping giant on the sidelines of the mobile advertising space. You haven’t seen much from them. This now has the potential to change how ad networking works,” Wang said.

iAd is Apple’s advertising network, which enables advertisers reach potential customers across all Apple devices — and the apps running on them — as well as its iTunes Radio on-demand music service.

HasOffer’s chief executive Pete Hamilton said the tweak enables advertisers insight into “whether a user engaged with an ad from iAd.”

“It looks as though Apple will provide attribution to show how effective using iAd is. It looks like Apple is finally going for it,” Hamilton said.

Numerous sources interviewed for this piece say the tweak means that Apple now wants to be taken seriously and is moving aggressively, but subtly, to stake its claim to the mobile ad sector. Mobile advertising is expected to reach $24.5 billion in 2016, up from 2013’s $11.4 billion, according to analyst Ben Bajarin at Spectrum Research.

iAd only works on iOS devices and in iTunes. Some say this is a limitation because Android reaches more people overall. Because iAd is not cross-platform, that limits its reach, which could ultimately spell trouble for Apple because reach is what advertisers most want, analysts told VentureBeat.

But this may ultimately not matter because of Apple’s power in multiple spheres.

“This is the first news I’ve heard of iAd in a while. This means they’re turning their attention to it. Although iAd is not taking off the way Steve Jobs predicted it would, this means you can’t count Apple out,” said Andrew Frank, an analyst at Gartner.

Advertisers using iAd can now see whether targeted marketing campaigns using multiple iOS devices — iPhones, iPads, and MacBooks — are actually working. If the person installing a new app had previously engaged with an ad from iAd, the new — and so far undocumented — function will return a value of 1. If the individual didn’t engage with an iAd advertisement, the function returns a value of 0.

“App developers should be able to use this new functionality to measure the effectiveness of users acquired and re-engaged using Apple’s iAd platform,” Hamilton wrote in last week’s blog post.

If an ad engages with Google Adwords or inMobi, for example, the result is a 0, according to HasOffer’s Hamilton.

In other words, app developers have a potential new tool for figuring out which ad platforms are delivering the most users.

The amount of killer data Apple now has the power to garner through iAd is massive, Wang said. It means also that Apple is looking to further monetize existing products like iTunes Radio, for example.

And the mobile ad sector is changing. Now, Wang said, it’s not just about trying to figure out what customers are clicking on but also targeting them with increasing precision, such as where they live, whether that’s an affluent area, and so on.

“It’s taken Apple longer because they’re not gimmicky. There’s much more to the mobile space than just tracking. Context becomes important. We’re getting into mass personalization of scale, and the big data business model. You’ve got sensors tracking everything. And Apple is a hardware giant valued for the information they have inside their network,” Wang said.

Advertisers can do their homework using iAd and the takeaway means better directed ads across multiple spectrums almost simultaneously.

“The mobile ad space is much bigger than just devices,” Wang said. “It’s about anything connected, wearables. And its moving towards cars. The battle for the iOS is now becoming a battle for the car.”

iOS 7.1 is a marked improvement over its predecessor, Hamilton said. With iOS 7, all advertisers could ascertain was impressions based on user clicks. Apple’s update makes the ad user experience more visceral.

“Apple is providing the juice. Advertisers will spend money all day long if they’re making money off it,” Hamilton said.