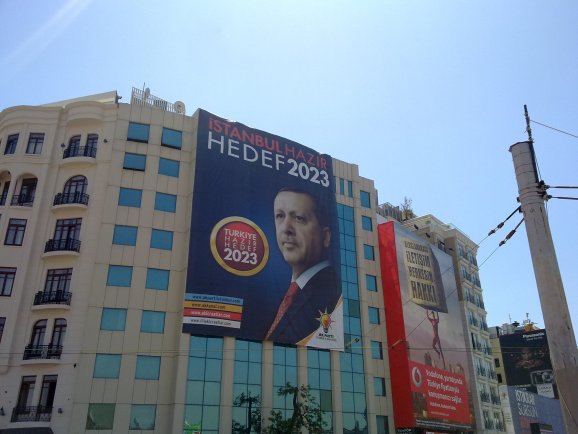 Twitter has been banned entirely in Turkey, according to a report from Istanbul-based media outlet Today’s Zaman. In response, Twitter’s official policy account offered Turkish users a workaround: SMS.

Update: Turkey’s Telecommunications Department has confirmed that a “protection measure has been taken” for Twitter, “according to Decision Nr.dated 03.20.2014 of Istanbul Public Prosecutor (Article 10 With TMK Guard).” That term, “protection measure,” has been used in the past for banned digital services, including Grindr in September 2013.

This ban comes as little surprise. Earlier this month YouTube and Facebook were slated for a potential ban in Turkey, following criticism from Turkish Prime Minister Recep Tayyip Erdogan.

In response to VentureBeat’s request for comment, Twitter told us it’s “looking into this now” and directed us to the aforementioned tweets. A Twitter spokesperson said Twitter “can’t confirm” there has been a formal ban. “That would have to come from the government,” the spokesperson said.

The Turkish Embassy in Washington D.C. did not immediately respond to VentureBeat’s request for comment. Turkey’s Office of the Prime Minister similarly did not respond.

A Turkey-based developer independently confirmed that a Twitter block is in effect. Funnily enough, the Twitter account run by Turkey’s Office of the Prime Minister was last active seven hours ago.

Discussing the ban at a rally, Erdogan “said he did not care about the international response,” Today’s Zaman reports:

“The international community can say this, can say that. I don’t care at all. Everyone will see how powerful the Republic of Turkey is,” he said in a characteristically unyielding tone.”

Earlier this month, the prime minister said that he “will not leave this nation at the mercy of YouTube and Facebook.”

Twitter has a lengthy history of countrywide bans. The service was banned in Iran in 2009, in South Korea in 2010, and in Egypt since 2011, as well as in China. There were even reports that U.K. Prime Minister David Cameron threatened to shut down Twitter during the 2011 riots.

Discovered via Matthew Keys. Kia Kokalitcheva contributed to this report.