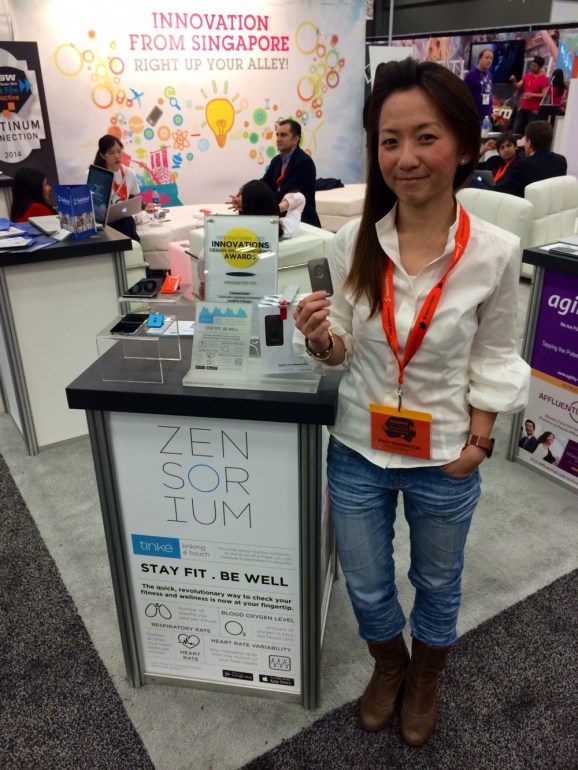 Zensorium is taking a different approach to biometric gadgets. Instead of trying to create a wearable device that its customers carry around all day, Zensorium built a blood-and-heartbeat sensor that fits in your pocket.

The result, called the Tinké, is surprisingly useful. Using a red light and an optical sensor, the Tinké measures your blood oxygenation level and heartbeat simultaneously. You just lightly press a finger against the sensor and wait 30 seconds, and a reading appears on your phone’s screen.

It’s the same technology that hospitals use to monitor the blood oxygenation levels and heartbeats of their patients — but in a far more friendly package. 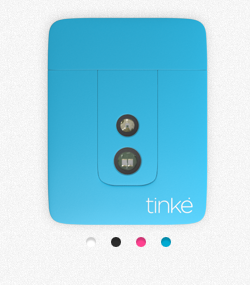 Above: The Tinké, a tiny device for measuring heart rate and blood oxygenation.

As Zensorium’s Juliana Chua puts it, the device could function something like a family thermometer — something you would keep in a cupboard and use whenever needed. Serious fitness buffs might carry it in a pocket and check their heart-rate readings several times a day.

With the Zen score, the app also offers a tool to help you calm down by focusing on synchronizing your breathing with a slowly pulsing circle, a practice that can help lower your heart rate.

The Singapore-based company has attracted “tens of thousands” of customers in its first few months of sales, according to Chua. Many of those are in the United States — thanks in part to the company’s launch at the International CES in January, where the company won an award.

The Tinké is available on Zensorium’s website for $120 for the iOS versions (which plug into your phone’s 30-pin dock connector or Lightning port) or $130 for an Android version (which connects to your phone via Bluetooth). The company is shipping the product to 30 countries. It’s also available on Amazon.

Zensorium was founded in 2011 and received by Japanese multinational Nitto Denko.