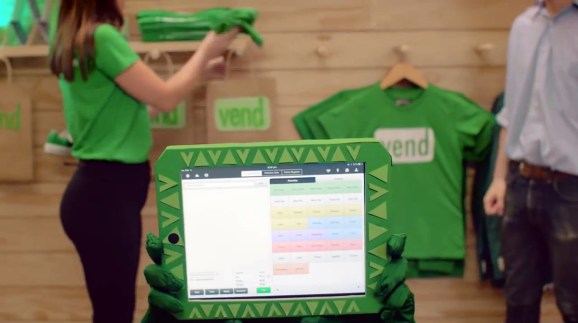 Cloud-based point-of-sale startup Vend has a lot of new cash in its war chest.

The fast-growing New Zealand startup has raised $20 million (NZ $25 million) in new investment, the company announced today. Vend intends to use the funding to expand internationally, particularly in the U.S. and Europe, where it plans to open an office shortly.

The 10,000 stores using Vend manage their sales, inventory, and customers using the software. Vend promises its HTML5 POS system works on any device or platform, including iPads and existing POS hardware — even if they’re not connected to the web. (For the uninitiated, point-of-sale is the place at which a customer makes a payment to a merchant. Smaller businesses and, increasingly, larger brands are opting for cloud-based systems running on laptops, tablets, or phones over specialized hardware.)

Vend competes with other POS startups like Shopify and LightSpeed Retail. Part of what sets Vend apart is its integration with a host of resellers and partners, including payment processors PayPal and Square, inventory management company Stitch Labs, accounting platform Xero, and retail analytics company Swarm.

Vend has been growing fast, particularly in North America.

“2014 is going to be a very big year for Vend,” said CEO Vaughan Rowsell in a statement. “With the support of Peter Thiel and Square Peg Capital, the additional funding will accelerate our North America, U.K. and Europe plans, allowing us to grow our major market and extend into small and independent retail shops across the continent.”