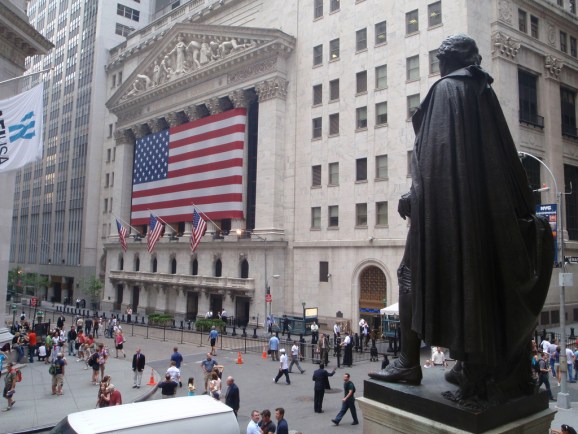 Aerohive Networks, a company that sells Wi-Fi access points and other network gear for businesses, saw its stock drop this morning after its debut on the New York Stock Exchange.

The Sunnyvale, Calif., company offered shares at $10 under the symbol HIVE, and by 11 a.m. Pacific, the price had bounced back after a fall earlier in the day. As of this writing, shares are trading at $9.90.

Aerohive started in 2006. It sells switches, routers, hardware to distribute Internet signals to laptops and mobile devices, and cloud-based networking management software. And it competes with network giants like Cisco. Customers include 7-Eleven, Burgerville, and Dari Mart.

Lots of other technology companies are in a position to go public this year, including file-sharing player Box and big data company Cloudera.

Aerohive last raised funding in 2013 with a $10 million round. And a 2013 IPO was on the radar when VentureBeat spoke with Aerohive chief executive David Flynn for a 2012 funding round. Investors include Kleiner Perkins Caufield & Byers, Lightspeed Venture Partners, and New Enterprise Associates.

The company reported a $33.2 million loss with $107 million in revenue last year, according to its prospectus.