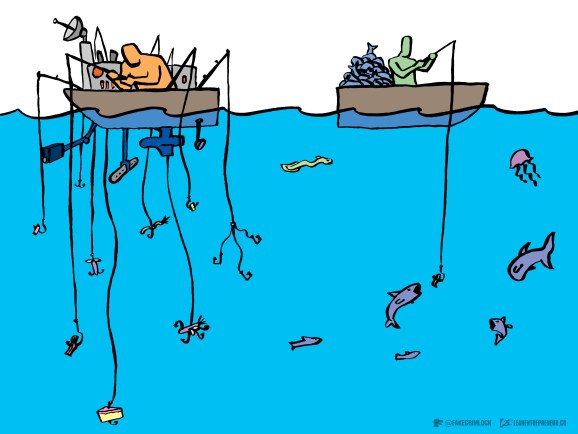 Surveys might just be the key to some serious monetization for mobile app makers.

The company is making its software development kit (SDK) publicly available today for Android and iOS. Its technology inserts ads, in the form of survey questions, into mobile apps and generates money for app developers that open up their user base to these surveys.

In short: They get paid for having their users take surveys.

VB is studying mobile game monetization.
Help us out, and we’ll share the data with you.

Beyond the actual ad technology, Pollfish is a marketplace with survey makers on one side and mobile app developers with access to thousands of people on the other. Pollfish takes care of the survey targeting, distribution, and real-time collection and display of results for the survey makers.

The app developers simply download and integrate the lightweight SDK into their apps and watch the money roll in.

[For more: VentureBeat will be exploring mobile ad formats and conversion trends at the Mobile Summit, April 14-15 in Sausalito, Calif.]

What’s in it for app developers

The company claims that developers make more per survey than they do from traditional mobile ad models — Pollfish gets them at least 30 cents per survey, while typical ads get them much less, according to Pollfish cofounder and chief operations officer Andreas Vourkos.

Many have been using Pollfish as an additional source of revenue, especially as it can be integrated with other mobile ad platforms, Vourkos said.

Obviously, a main concern would be that this is still an ad of sorts and still has potential to bother some app users — there’s a reason why paying for ad-free versions of Spotify and other services is popular.

But Pollfish is banking on the fact that users aren’t taken out of the app in order to interact with the surveys (they are just overlays), so developers shouldn’t lose users as they otherwise might with ads that try to make users click away.

The company’s technology is sophisticated enough to prevent the surveys from alienating the app users — it measures how open they are to answering questions (based on interactions with surveys) and calibrates the frequency at which it prompts the user to answer questions.

There are also three ways someone can opt out of a survey: declining to take it, tapping “outside of it” which pauses it, and permanently opting out by declining three times in a row.

Pollfish has also built in an initiative to get app developers to sign up for this: They can survey their own users for free, although they must allow for outside surveys too as it would otherwise “be a different business model,” as Voukos put it.

Benefits for marketers and researchers

As for the survey makers, Pollfish lets them set up qualifier questions (“Are you a pet owner?”), then set the parameters (location, type of device or carrier), write the survey questions, and set it on its course.

“You say ‘I want to send this to a woman in New York.’ You are able to see in real time the answers coming in,” explained Vourkos in an interview with VentureBeat.

And the ability to survey people on their phones — where they are actually spending their time —  is Pollfish’s biggest selling point to its survey makers, Vourkos said.

“The market research is moving on mobile, it’s not on desktop anymore. A lot of companies like Nielsen that have traditional methods are looking for ways to move into mobile,” he added.

A few brands have already used Pollfish. A well-known whiskey manufacturer, telecommunications companies, and even a company testing out its yet-to-be-launched product have created surveys.

So far, Pollfish only has about 400 developers worldwide, severely limiting the reach and distribution of the surveys. However, Pollfish expects the range and variety of people surveyed to greatly increase as more and more developers sign up to open their users to surveys.

Ads and surveys in your apps

Mobile advertising is certainly an exploding field. Spending reached $3.5 billion in 2013, and it’s expected to hit $17 billion by 2018, according to Juniper Research. Even Facebook went from horrible mobile monetization in early 2012 to making 41 percent of its revenue from mobile by mid-2013.

The survey idea isn’t entirely new — Google launched its Consumer Surveys two years ago and has since created a standalone app, where users can answer surveys in exchange for perks.

But Pollfish is going where people are — on their phones, and in their favorite apps. Now it will have to prove that this model will survive and continue to grow beyond its beta testing.

“This maybe proven wrong when we come out publicly,” Vourkos admitted.

The company declined to share revenue numbers, but Vourkos said they are already doing quite well, and picked up $270,000 in seed funding in September 2013 from an undisclosed investment firm and an angel investor.