What if you could automate, target, and personalize marketing to anonymous business software buyers through their entire purchasing journey, and not just the last 10 percent of it when they’re making final decisions? 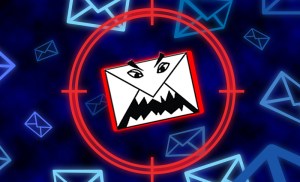 Most marketing automation systems are designed to entice personal information such as an email address from a prospect, often in exchange for a white paper or other valuable piece of content. At that point the prospect is in the marketing funnel, and the automation starts. But there’s a problem with needing a name and contact information to begin the campaign:

That’s why Bizo’s new product, Multi-Channel Nurturing, stops where most marketing automation systems start, at the very top of a traditional lead funnel. And why it starts much, much earlier: with a prospect’s very first visit to your site.

We’re studying marketing automation buyers with marketing expert Dan Freeman.
Answer our survey, and we’ll share the data with you.

Marketers who currently start automating, segmenting, and personalizing messaging only after getting that coveted email address are missing a huge chunk of the buying process, Mann says. Perhaps even more critically, the early parts of that process, when buyers are still in investigation mode, is when they’re most receptive to commercial messaging. 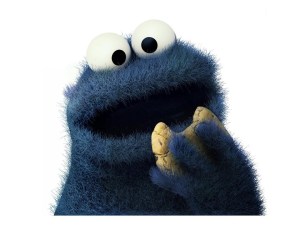 So Bizo’s new product focuses on automating B2B marketing campaigns via the massive online advertising ecosystem. It starts with a cookie being set as soon as someone visits your website, but it’s not as simplistic as just retargeting advertising at people who have visited your site. Rather, the company focuses on seeing what customers have actually done on your site — hit the home page, checked out a product, dug deep into features — and customizes messaging according to what those prospects have revealed by their behavior. It then allows marketers to build unique flows and campaigns for prospects at various stages of their entirely anonymous purchasing journey.

Those campaigns then take shape, of course, in banner ads all over the web: Facebook, CNN, ESPN, or any other site.

“We’re taking retargeting and making it very B2B specific,” Mann explains. “In addition, we’re bidding differently based on where someone is in the buy cycle.”

That means that you can tailor your marketing spend to not just the value of a particular prospect — enterprise, let’s say, versus SMB — but also to the stage of his or her cycle. In other words, while you might pay only a few pennies to someone who is just exploring, you could also pay much more for someone who is seriously assembling a short list of prospective vendors. In addition, Bizo says, you can create break points, waves of messaging, and standard flows for different segments of prospects.

Most retargeting is simply blasting one-time visitors with a single ad, or maybe a couple, as I learned to my chagrin when I visited a plus-sized women’s clothing store for a story and was followed around the web for months thereafter by ads beseeching me to buy clothing in “all shapes and sizes.” Bizo, however, says it helps you enter your site visitors into flows that update and change weekly, generally for about 90 days. 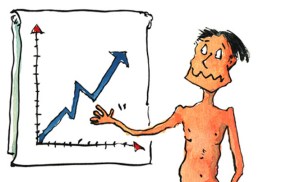 If the first ad didn’t work, the company cycles in the second one, perhaps upping the ad bids a bit to get more optimal positioning. And so on.

“With traditional email marketing and email nurturing, you can really target your emails by where your prospects are in your buying cycle,” senior marketing manager Arpine Babloyan told me. She’s been using the system for months now in private beta. “With Bizo we can actually do a very similar thing with online banner ads … you can control who sees what, like showing an upgrade message for current clients, or a free trial message for a prospect.”

According to Babloyan, Avid is seeing marketing ROI of 350 percent using the new product. And for at least one conference ticket-selling campaign, Avid converted a full 60 percent of target prospects into ticket buyers.

Babloyan is also used the Multi-Channel Nurturing product to target specific ads to site visitors who spent time looking at specific features of a product. Others, who seem to be more benefits-focused, get different ads focused on what those features will actually do for them.

Bizo’s new product was originally developed in conjunction with marketing automation software Eloqua in 2013. Eloqua, of course, was purchased by Oracle in late 2012 and went on to become a key part of Oracle’s marketing cloud.

In the new launch today, Bizo says, the product is available for anyone who uses any marketing automation system.

Interestingly, the new release doesn’t integrate with any marketing or sales software at the moment — not even Oracle Marketing Cloud. That suggests Bizo’s relationship with Eloqua didn’t survive the acquisition, or that Oracle is working on similar technology to replace it. Neither would be difficult to believe, given that Bizo now has its own fairly significant and competitive B2B marketing platform with broad capabilities in targeting, engaging, and nurturing via web and social.

“Our integration with marketing automation systems has been all with Eloqua,” Mann told me. “The next release doesn’t integrate with anything. We’ve taken all of our lessons out of working with Eloqua and built in these nurture flow concepts so customers who have Marketo, Pardot, or Hubspot can reap the value of anonymous visitors.”

Most of Bizo’s growing capabilities appear to focus, like this new product, on early-stage prospecting.

“When we looked at the online ad ecosystem, we saw that nobody was focused on B2B,” Mann told me. “We currently have over 120 million cookies correlated with company size, industry, and seniority data.”