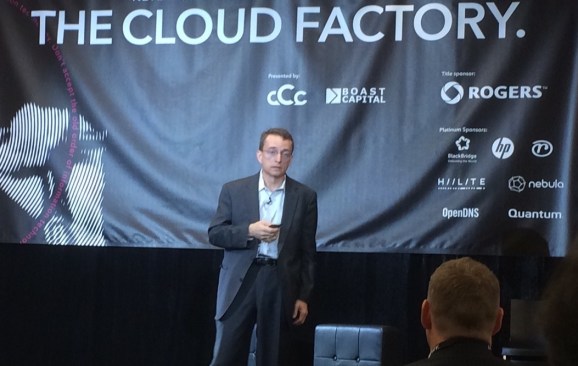 “On-premise cloud is a $2 trillion market … 92 percent of cloud is on-premise,” Gelsinger said today at the Cloud Factory conference in Banff, Alberta. “And Gartner says that by 2020 it will still be 77 percent.”

Naturally VMware has a vested stake here: Its virtualization products are one of the leading technologies enabling companies to manage private clouds. But Gelsinger says there are other reasons why on-premises is not just an “evolutionary left-over” as public cloud advocates like Marc Andreesen have said.

Fundamental reasons for keeping the cloud on-site include security, cost, government regulations, and even service-level agreements, he said. Of course, in an Edward Snowden era of clearer understanding of how U.S. and other national security agencies have attempted to penetrate public communications and computing infrastructure, that rings more or less true.

“One CIO I talked to recently said, ‘Nothing will move outside of our data center,'” Gelsinger said.

Gelsinger saved one barb near the end of his chat for the open platform infrastructure framework OpenStack that’s being promoted by Rackspace and other cloud providers.

OpenStack is very fragmented, he said, with “25 different implementations” and confusion between whether it is an open framework with open APIs or a completely open-source methodology for building cloud-enabling technologies.

“Will the real OpenStack please stand up,” he said with more than a little sarcasm.

Confusion around OpenStack, of course, is a good thing for VMware.