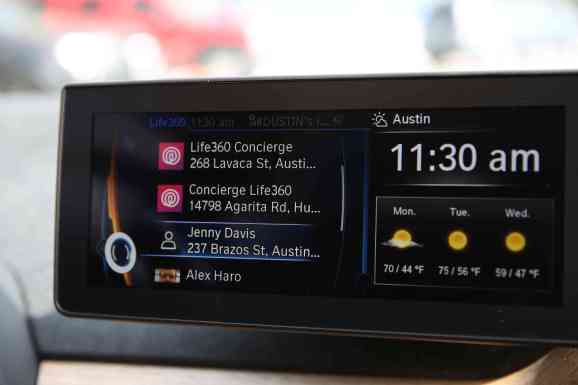 This sponsored post is produced in association with Life360.

By 2020, 90 percent of cars will be connected to the Internet according to a report by Telefónica. This will create a broadband mobile environment in a space that, for most drivers, has existed separate to the current interconnected world of smartphones, computers, and content providers.

As any car fan knows, when it comes to technology and cars, German manufacturers are king. The Mercedes S-Class was the first car with an antilock brakes, the Porsche 944 turbo was the first car to have driver and passenger airbags as standard, and the BMW 5-Series was the first mass-produced car with a light alloy chassis. Developments like these get soaked up into the general marketplace a few years after they are unveiled. If you want to see what the average car will be like in five to 10 years, just look at what German luxury car makers are doing now.

With Mercedes and Audi creating state-of-the-art research and development facilities in Silicon Valley this past year and BMW’s new venture capital firm i Ventures, Germany’s status as auto innovators remains ironclad. So, let’s take a look at what’s happening in Central Europe now that’s groundbreaking to get a sense of what will be standard six years from today.

Through the company’s ConnectedDrive system, BMW owners have access to a wide variety of different programs and applications, all available using the iDrive controller and in-dash display.

The number of compatible applications is impressive. For entertainment, drivers can listen to audiobooks using Audible, individual songs using Amazon Cloud Player, and custom radio stations using Pandora, among others. While stopped at a light, you can check Facebook and Twitter messages or if it is an especially long light, you can perform a Google search and browse the Internet.

The company has worked hard to integrate more than just entertainment into its system by using the car’s connectivity to provide information on interesting sights, weather, and real-time traffic based on your location.

With the previously mentioned i Ventures, BMW is investing in promising apps and programs that it can add to future iterations of ConnectedDrive, a move that sets them apart. BMW has seen early success with i Ventures. Last year, it invested in Life360, the family location app, and the companies previewed the app’s in-dash integration earlier this year in a fleet of BMW i3s at SXSWi.

With Audi Connect, each Audi vehicle serves as a mobile Wi-Fi hotspot, enabling up to eight devices to connect to the web at once. Passengers can stream Netflix on their iPads, stream music on their phones, or establish VPN connections for work on the go.

With the press of a button on their steering wheel, drivers can issue commands through Google Voice and navigate using Google Maps on their in-dash displays. You can get answers for questions about local points of interest, or even parking availability and pricing, without ever taking your eyes off the road. With Audi Connect, the emphasis is on adding to the driver’s experience without distracting — though if desired, the new A3 model is available with Facebook and Twitter as well as the faster 4G/LTE connection compared to the 3G connection available in all other models.

Ever since Karl Benz invented his “Motorwagen” in 1886, Mercedes has been a leader in automotive innovations. This continues with their current mbrace2 cloud-based platform that connects car, phone, and computer.

At a restaurant and remember your car is unlocked? Pull out your smartphone and lock your car without leaving your seat. Planning a trip? Send route information from your home computer directly to your car’s navigation system. As you travel, you can use apps like Google or Yelp to find places to eat or stay and use Facebook to check-in at different destinations.

The mbrace2 platform works through the COMAND system, two 12.3 inch high-resolution screens that wrap across the dashboard. Standard gauges like speed and RPM are displayed alongside weather, entertainment, and navigation, all accessible by using a touch sensitive keypad.

The company has also revealed it is working on a gesture-based system called DICE (Dynamic and Intuitive Control Experience), which is capable of recognizing a driver’s hand movements for manipulation of a custom virtual dashboard. Live feeds from social media as well as heads-up route information would be available to you, all while keeping your eyes on the road.

At the moment, connected cars are still luxury items. But as the technology becomes cheaper, the innovations seen in high-end German autos will trickle down into less expensive vehicles. Until that time, drivers interested in connected cars can look forward excitedly to a time when the world is available with the touch of a fingertip … and the press of a pedal.