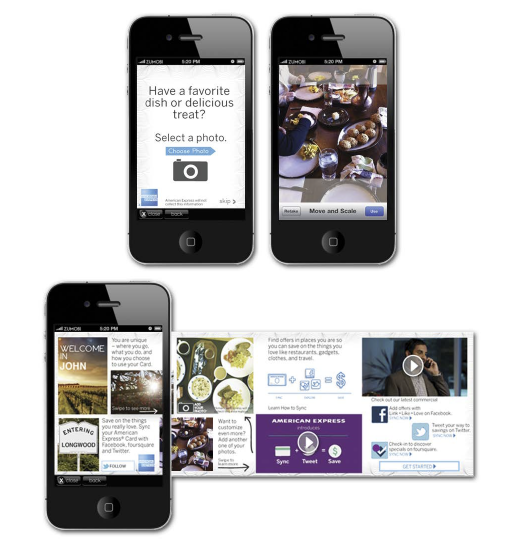 There’s advertising, and then there’s mobile advertising. A new report from Forrester Research contradicts much of the prevalent mobile ad optimism and recommends that advertisers reinvent their craft if they hope to do more than annoy mobile users.

Start with the fact that nearly 60 percent of U.S. smartphone owners find in-app ads to be interruptive, according to the “Mobile Advertising: It’s Time to Get Personal” report [behind a paywall].

“While it seems as if mobile advertising is poised for success,” Forrester says, “in reality, most marketers still aren’t seeing great performance and are having difficulty justifying spend.”

“If you talk to the [ad] industry, everything is great and taking off,” report author Jennifer Wise told VentureBeat. But that’s mostly about marketer buy-in, automated buying systems, and new tech tools, she added, “not about the results.”

First, marketers are still learning the uniqueness of the mobile experience… and therefore aren’t yet creating unique and effective mobile-targeted strategies.

In short, the report implies there’s a crash in expectations waiting to happen:

“[The industry] woos marketers with anecdotal numbers. While results often speak for themselves, in the case of mobile ads, a piece of the story is often missing. While vendors with proprietary and publisher-specific mobile formats cite impressive engagement rates, these don’t represent the majority of the inventory today, and there are several other inflating factors, such as format novelty that drives interaction and the fat-finger effect. GoldSpot Media reported in 2012 that up to 50% of clicks on static and rich smartphone banner ads were accidental.”

The fix? Most marketers talk about mobile-first strategies, but Forrester urges a mobile-unique approach.

The report says that “the majority of mobile ads still resemble mini-desktop ads,” in part because innovating is time-consuming and hard to scale.

Of course, this wouldn’t be the first time a new medium had to live through a transitional phase of content ported from previous media, like staged plays in the early days of TV or brochure-content slapped onto websites in the late 1990s.

The thinking has been that “mobile is digital, desktop is digital, so let’s translate,” Wise told us. “But mobile devices are completely different,” she said, “[because mobile users are] task-oriented, trying to get something done.”

And, using search engines all the time, mobile users expect “contextual relevancy for all their experiences,” she added. Google knows where mobile users are, so they expect ads to know about them as well.

“The two axes [of effective mobile ads] are formats that are deeply integrated into the user’s experience and ads that are highly targeted to the individual,” she said.

Mobile-unique tactics include automatically optimizing ads for various devices from the same set of assets, as Adobe and others have begun to offer.

There are also mobile’s special attributes, such as location-sensing to incorporate where you are and camera functions that allow you to add photos to an ad experience.

Marketers can use screen size limitations as a boost for engagement, such as the Interactive Advertising Bureau’s filmstrip format that starts as a tiny sliver at the top and then explodes full-screen into a rich media experience. Or they can develop ads that are “seamlessly integrated” into publisher’s content, one variation of the “native ad” format.

Uniqueness, of course, is harder to scale, but Wise said that’s the tradeoff until these techniques become more standardized: “The best case scenario is much lower scale but higher results.”