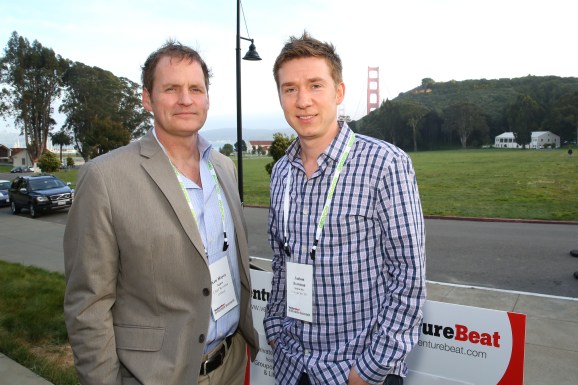 Appia is a mobile ad company, and Supercell does virtual gaming. Supercell was paying Appia for game installs, which are driven by ads.

However, Supercell showed Appia the door after the latter was caught re-brokering an ad campaign, an emerging no-no in the wide open mobile arena.

“We live and breathe by the quality of the installs we drive. The irony here is that we were driving the highest quality traffic [to Supercell],” said Appia founder and chief executive Jud Bowman.

As first reported by VentureBeat last week, Supercell discovered, nearly by accident, that Appia re-brokered an ad, a violation of the Insertion Order between the two companies. IOs, as they’re known, are the linchpins of business contracts in the mobile ad and arena. When that happened, Supercell terminated their business dealings with Appia.

In other words, one of Appia’s partners was violating contract terms and sourcing inventory from other ad networks, then re-selling the ad placement.

Bowman denied that Appia, which brought in around $75 million last year, re-brokered the ad. Bowman said it was an affiliate publisher within their network that was the guilty party. Appia immediately fired the culprit, but Bowman and chief revenue officer Ken Hayes declined to name the company.

“What happened is, we found out that one of our publishers re-brokered the ad, and we fired them. Transparency, more than anything, is one of our core values. Transparency is crucial and will be key to weeding them (the re-brokers) out,” Bowman said.

“Basically, one of our publishers is the guilty party for the re-brokering. They basically tried to cut us out, and Fetch contacted Supercell directly,” Bowman said.

“This kind of stuff happens a lot. One of our publishers did the bad deed. They were trying to cut both Fetch and Appia out of the ecosystem. They went to Supercell and said, ‘Hey, were driving a lot of installs; why don’t we do a direct deal together?’ That’s how it came out.”

Fetch is an online ad agency based in London and has a close working relationship with Supercell. Fetch declined comment for this article, and so did Supercell.

When pushed to name the publisher who re-sold the ad, Hayes clammed up.

“We’re not going to throw somebody else under the bus,” Hayes said.

For Appia and the approximately 300 operators in the mobile space — gamers, publishers, ad agencies, brokers, and app developers –the issue of re-brokering ads, in which publishers and agencies re-sell to third parties without consent, is a vexing one.

Appia and others interviewed for this article said the technology is not there yet to flag when an ad has been re-sold, and that its incumbent upon company’s to police their own networks and deals.

Indeed, mobile operators have begun distributing blacklists of brokers they claim are the worst offenders. VentureBeat has obtained one such list, and we’re still deciding what to do with it.

The news of the Supercell-Appia split has sent shockwaves through the mobile ad space, summit attendees told VentureBeat.

The mobile ad and gaming space is a bit of a wild West at the moment. These 300 companies are seriously vying for a piece of the nascent industry, which amounted to $18 billion last year and is expected to top $34 billion by the end of 2014, according to eMarketer.

Indeed, there is little, if any, oversight. While the Federal Trade Commission has authority over online advertising, it has shown little interest in aggressively regulating such a complicated and emerging industry — apart from recently announcing intentions to begin enforcing the COPPA law, which protects children, as VentureBeat first reported last month.

The re-brokering or re-selling issue stems from companies paying mobile brokers for ad placements with websites that drive traffic to their own. That’s a lucrative business and an essential one, given the aggressive competition for customers on the web and for mobile apps.

But while many ad brokers and advertising firms are legitimate and transparent with their clients, others are not.

A well-placed source in the mobile space, who declined to be named because of the sensitivity of the issue, put it this way:

“The real problem here isn’t the re-selling, despite the monetary effect it has on the end publisher, doing all the work by producing content and displaying the ad. The problem is the loss of control over the ad placement by the originating network, in this case Appia. Who knows where that ad ends up being displayed?”

Bowman said Appia has adopted a rigorous vetting policy from the outset, shutting down ad brokers and others caught red-handed re-selling ad campaigns.

“We have hundreds of publishers in the Appia network. We’re one of the largest providers of non-incentivized app installs in the entire ecosystem. Any publisher going to Appia signs an agreement with us that says very clearly ‘I will not re-broker. I will not run malware,’ amongst many other things. This publisher specifically signed that deal,” Bowman said.

“They agreed to not re-broker, and they did. And furthermore they had the gumption to call Supercell and say, ‘Hey, look at the installs were driving. You should do a direct deal with us. Supercell immediately contacted Fetch. Fetch said, ‘My God, that publisher is on our blacklist.’ And it became a crisis.”

“I’m certainly pissed at this company. I’m extremely upset, because its cost our company a ton of revenue — and goodwill in the industry.”