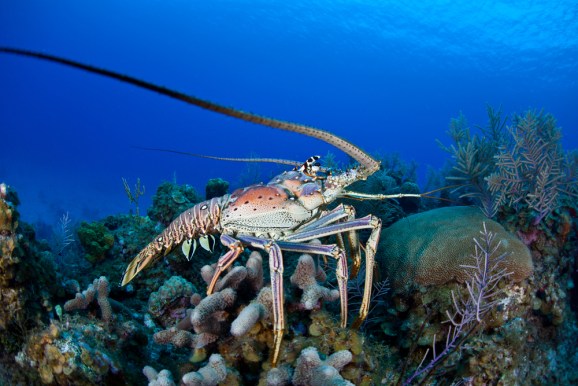 This Caribbean Spiny lobster is not 400 pounds. But it is adorable.

Is there a 400 pound lobster out there? Doubtful, but that’s one of the questions posed on explainer site HowStuffWorks, which also features absorbing page-view sponges like Top 10 Family Guard Dogs.

Here’s another question: How much is HowStuffWorks worth today?

The answer is apparently $45 million, the sum Blucora paid to Discovery Communications for the website in an all-cash deal announced this morning.

Discovery suffered a huge loss on the content farm, which it purchased for $250 million in 2007.

Founded in 1996, Blucora operates the Infospace search engines. It also offers tax preparation services through TaxAct (which it acquired for $287 million in 2012) and has an e-commerce presence through Monoprice (it bought the electronics retailer for $180 million last year).

After a healthy year, Blucora boasts a $812 million market cap. Its stock has risen 32 percent over the past 12 months.