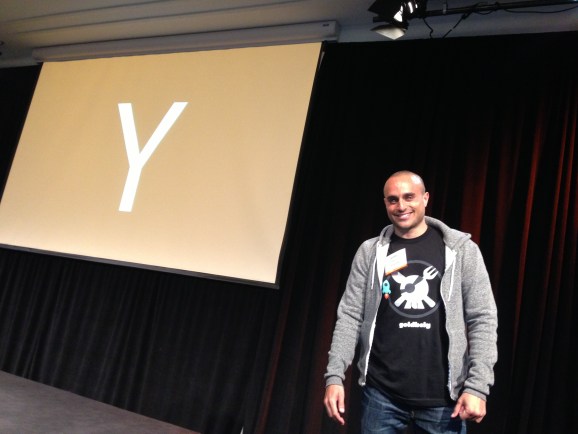 After so many changes in the last few weeks, Y Combinator has announced yet another one. This time, it’s shaking up the investments its startups receive.

The accelerator just announced that starting with the next batch of startups, it will be investing a total of $120,000 into each startup for 7 percent in equity. It was previously investing an average of $17,000 for 7 percent, plus a safe that converted at the terms of the next money raised for another $80,000, Y Combinator president Sam Altman said in a blog post today.

The investment will come in two installments. And although the accelerator itself still won’t have limited partners (LPs), which means flexibility to invest in non-profits, for example, a portion of this investment is from a YC-managed fund that does have LPs.

“Most people don’t do YC for the financial investment — they do it because they want the advice, the help of the network, the benefits of the program, etc. But still, more money for less equity is definitely better,” Altman said in the blog post.

The previous setup originated in 2011, when Yuri Milner and SV Angel began to offer $150,000 to every startup YC invested in on an uncapped convertible note. After a few different versions of this original deal, it became known as YCVC, and was brought down to $80,000 in addition to the original $17,000. Altman explains that the original $150,000 was large enough to cause problems in some of the startups.

The participating investors in YCVC have also changed over time, but for the accelerator’s last batch, they were Andreessen Horowitz, General Catalyst Partners, Maverick Capital, and Khosla Ventures.

However, YC announced a few weeks ago that its partners are no longer allowed to invest in the first $500,000 of the startups until three weeks after their batch’s demo day. It cited messy, inaccurate, and even potentially unfair signaling as its reason for the change.

The accelerator is also ending the automatic investment from the YCVC firms, also due to messy signaling and information issues, such as the absence of a follow-up investment from an investor looking like a signal against a particular startup.

“All of these issues were issues of perception — the YCVC investors are great firms that always behaved really well, and we’re going to continue to work with them very closely. But we hate complication, and we hate anything that causes issues for our startups, even if it’s just an issue of perception. This should help level the playing field,” said Altman.

As we mentioned, Y Combinator has been making a lot of changes in recent weeks, and more are sure to come, given the rate at which Altman and the rest of the organization have been going. It also looks like, after years of bloat and growing exclusivity, special treatments, and institutionalization of elements that perhaps shouldn’t be, the Altman era could be about going back to YC’s roots: growing high-potential startups into likely winners.