You know what’s cooler than getting a degree at Stanford? Getting a job.

A new Georgetown University report finds that of the 1.9 million job openings posted online, “application software developer is the most in-demand occupation overall” with 125,000 jobs. 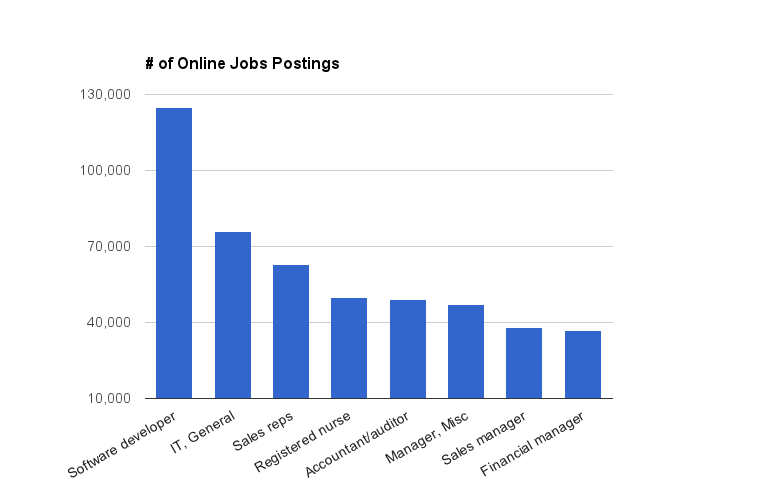 “Demand continues to grow, over the next decade in our projections we find that from 7 to 10 percent of total jobs in the economy,” wrote Anthony P. Carnevale, Director of Georgetown’s Center on Education and the Workforce, to me in an email.

The average salary of an app developer is a cushy $92,000, or enough for a first month’s down-payment on a San Francisco apartment. 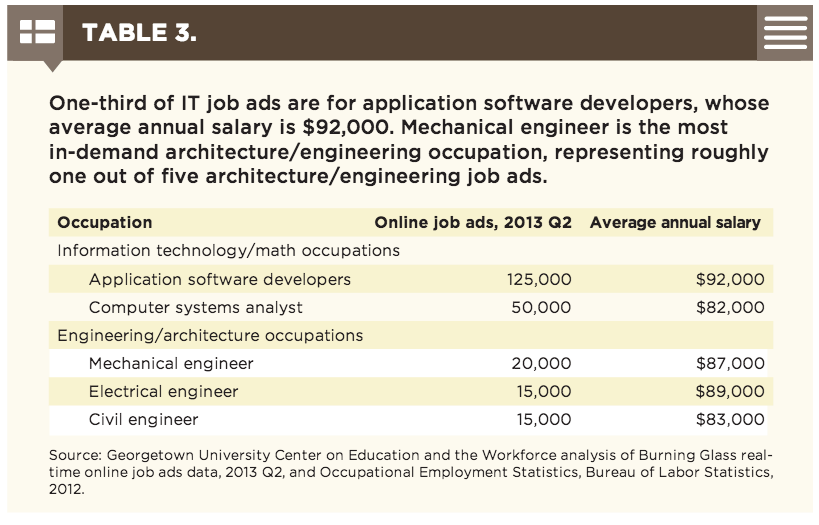 Last year it was reported that computer science had become Stanford’s top major, and it’s easy to see why. The average student in the U.S. carries roughly $30,000 in debt. In an uncertain economy, that’s a scary number — especially since there are laws that prevent most students from bankrupting themselves out of college debt.

For the stat geeks, it’s worth noting that online jobs are biased toward those with a bachelor’s degree. The dataset “is skewed toward BA or graduate jobs,” said Carnevale.

“They represent 80 percent of BA or graduate degree level job openings. The reason is because those jobs are part of a national labor market that gets advertised online.”

In other words, mom-and-pop shops aren’t advertising on Monster.com. But, then again, they’re also probably not looking for an app developer that’s going to charge more than their combined income.