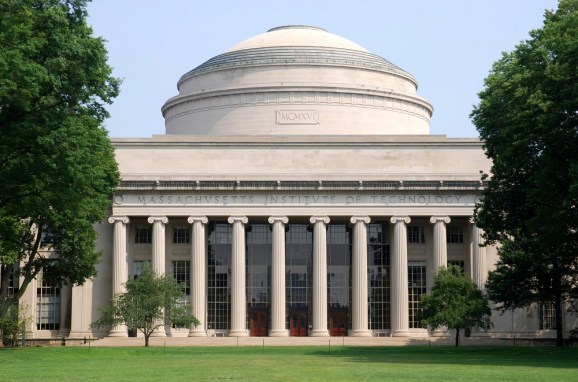 M.I.T., soon to be Bitcointopia

What would happen if every undergraduate student on a campus got $100 in Bitcoins? And what if that campus was the endlessly inventive MIT?

Those questions are behind a new Bitcoin experiment at MIT, which prides itself on pioneering emerging technologies. More than half a million dollars has been raised from alumni to back the effort.

“I was laying in bed one night, brainstorming ideas,” sophomore computer science major Jeremy Rubin told VentureBeat. His initial Bitcoin idea was targeted only at a computer science class, but his collaborator, first-year MBA student Dan Elitzer, suggested they could involve the whole campus. Elitzer is also the founder and president of the MIT Bitcoin Club.

The central idea behind the Bitcoin Project is to work with professors and researchers at MIT to see how students use their Bitcoins when their whole community has them. “We’re trying to seed an ecosystem and see what emerges,” Elitzer told us. “That’s how startups work.”

Rubin said that, with all students involved, there’s “a community with an understanding of Bitcoin,” the first time a community has been so empowered.

The project will help set up area stores to accept Bitcoins. A MIT Bitcoin Expo is scheduled for May 3, with presentations and technical workshops by representatives from the Bitcoin community.

What’s so interesting about Bitcoin? “Unlike every other payment system,” Elitzer told us, Bitcoin “allows provisionless innovation, so you don’t have to go through a central authority.” This, he said, could allow direct interaction between buyers and sellers without the overhead of a middleman.

“Bitcoin,” Rubin said, “will be the basis for a whole new suite of distributed exchange protocols.” Some of the projects that he thinks could emerge include better ways to exchange money between peers for bill splitting, a decentralized Kickstarter, faster payment schemes, and a decentralized stock market.

Out in the world, Bitcoin has had more than its share of troubles, including a massive implosion at the largest Bitcoin exchange, issues at other exchanges, wild fluctuations in prices, and its role as the currency-of-choice for at least one underground enterprise.

Elitzer acknowledged those as “unfortunate,” but added that “there are lots of very professional people working [on Bitcoin-related projects] that are going to be much better run.” But, he said, the main point of this Bitcoin community is to see what kinds of new structures might evolve.

The logistics are still being worked out, Rubin said, but “any result is a result that will be interesting for the world to see, disappointing or not.”

Funds were raised from about two dozen alumni. Half the funds come from Alexander Morcos, an alumnus who started a high-frequency trading company in New York. The money covers the seeding of Bitcoins among all 4,529 undergrads, as well as related infrastructure and informational activities.

Students can cash out their Bitcoins if they like, and the project intends to have some mechanism for them to readily buy their way back in.

This is not Rubin’s first venture into Bitcoins. In February, his participation in a group of MIT students that developed the Bitcoin mining program Tidbit attracted the attention of the New Jersey division of consumer affairs.

Rubin received a subpoena, apparently because the Garden State suspects that the program could involve computer fraud issues. The Tidbit program is the first to let visitors to a website mine Bitcoins instead of having to see ads. MIT has issued a letter in support of Rubin, and the subpoena is being fought with help from the Electronic Frontier Foundation.