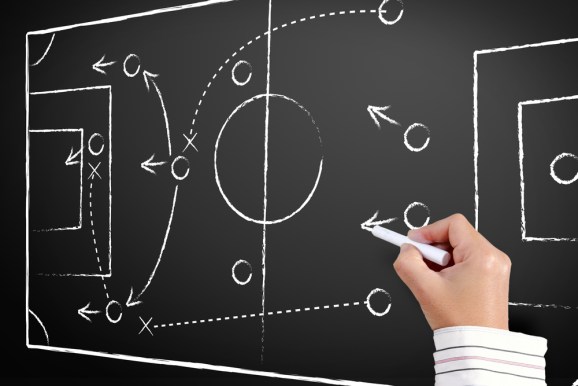 Since 2010, the people at Tidemark have spent lots of time wondering how to bring financial-planning software into the modern age. In building their own version, they chose a cloud-based architecture and made it mobile-friendly, and they added features like infographics to make it useful for lots of people at a company.

So far, the approach has won over a few dozen customers. Now Tidemark intends to make its software more popular. The company announced a new $32 million funding round today, and much of the money will go toward promoting the product and signing up more customers.

New features could help the cause, too. Today Tidemark is introducing playbooks, an interface for displaying the most relevant data sitting in Tidemark. Playbooks give people one central place for exploring and discussing pared-down bits of data.

“It’s not just visualization,” founder and chief executive Christian Gheorghe told VentureBeat in an interview. “It’s how do I collaborate? How do I make decisions? Anything from visualizations to actual data that is relevant to the play that you are trying to get the team around.”

Tidemark aims to challenge the biggest companies peddling financial planning software, like IBM, Oracle, and SAP. At the same time, it must outpace startups in the market, like Adaptive Insights, Anaplan, and Host Analytics.

Tidemark’s software can now show how many people have logged in to collaborate on certain depictions of data. And it can take in data from more sources. New today is an integration with application performance management software from New Relic, which makes it possible to bring data about website operations into the context of financial planning and modeling. Tidemark has previously incorporated data from Box and Workday. Above: A page from a Tidemark playbook.

Tidemark managers use the software to run their own business. “We use the product quite extensively inside the company,” Gheorghe said. “I talk to various friends as they build companies. The main focus is, ‘Let’s make sure we sell the product to customers.’ They forget about selling it internally to figure out how well it runs.”

About 120 people work for Tidemark now, and plans call for that number to double by year’s end, Gheorghe said.

The company has accumulated 45 paying customers, including Acxiom, Brown University, Hostess, HubSpot, Netflix, and the U.S. Sugar Corp. Gheorghe said that uptake is respectable, given that Tidemark’s software has been on the market for just 18 months.

“Forty-five customers in 18 months is, by any account, a very, very large number in terms of growth,” he said.