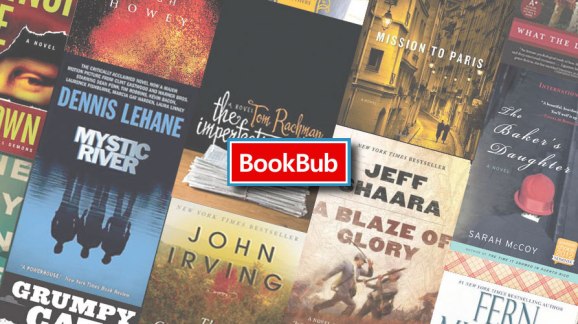 BookBub features discounted deals on e-books by working with authors and publishers. It seems like a pretty useful service because I’ve found that most of the time I can find print versions of a book or graphic novel for far cheaper than the digital versions elsewhere. BookBub also has a staff that combs through e-books to ensure people will actually care to read them prior to featuring them through its service.

The service has over 3 million subscribers and has worked with more than 3,000 publishers, including the top five major book houses. BookBub is profitable and has survived with only bootstrapped funding prior to closing its latest investment, according to the company. The service has featured over 10,000 e-book deals since launching in 2012.

NextView Ventures and Founder Collective led the round, with participation from Avalon Ventures and Bloomberg Beta. The Cambridge, Mass.-based BookBub said it plans to use the additional capital to hire more employees, expand into international markets, and grow its selection of featured e-books.