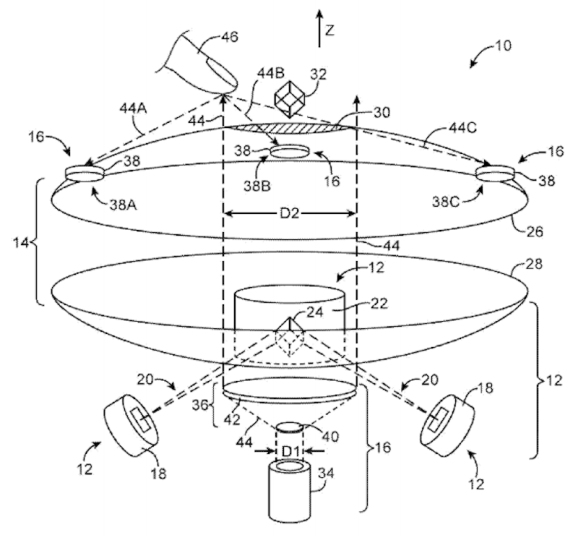 Apple's patent application for interacting with a mid-air image

A method and device for comprehending theoretically the historical movement. The device comprises a sentimental veil, a mere instrument, a whole surface, a modern working condition, an essential product, a poor stock-in-trade, heavy artillery, a present system, a feudal system, a great factory, a collective product, a last resort, a transcendental robe, and a bribed tool.

The above paragraph isn’t just a bunch of jibberish. It’s an abstract based on The Communist Manifesto, generated from a program that transforms texts into patent applications.

The patent generator is the brainchild of artist and game designer Sam Lavigne. The San Francisco-based designer was inspired by Paul Scheerbart’s Das Perpetuum mobile, which documented the German author’s failed attempts to create a perpetual motion machine. Scheerbart constantly refers to his machines as “stories” in the diary, so Lavigne thought up a reverse concept — transforming stories into machines.

The program operates in four steps after being given a text to “read.” First, it generates a title for the invention, based on grammatical patterns Lavigne found in several patent applications. Then it creates an abstract, using nouns in the text that fit into specific hypernyms. The program then forms phrases used to describe theoretical images (Lavigne wrote code to search Bing for actual images and may decide to include that in future versions of the program). Finally, the program generates a detailed description of the invention, which combines terms found in the text with language typically found in patent descriptions, like “the present invention.”

A more technical description of the program, which will delight both programmers and linguists, can be found on Lavigne’s website. Lavigne’s code can be found on GitHub, but the designer says he’ll soon create a web application that will run the program with any user input.