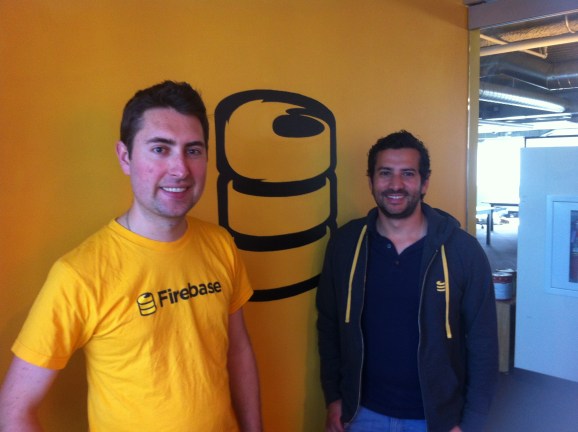 San Francisco startup Firebase already made a big contribution to developers’ lives when it devised a real-time database — one less hard thing to build. But Firebase thinks developers still have too much to worry about. They shouldn’t need to set up a place to store their static client-side content, like HTML and CSS, on some hosting service. So now it has come up with the ultimate one, with SSL certificates and custom domains, so developers can just sign up and throw a site onto the web in fewer steps.

Thanks to a partnership with content-distribution network (CDN) Fastly, devs’ data gets pushed out to fast solid-state drives in lots of places around the world, so data gets served up in an instant all over the place.

Firebase Hosting is available today. Now the company is pondering its next big jump ahead.

Cloud providers like Amazon Web Services and Google App Engine have advanced far ahead of Firebase in recent years, but for those who want to use hip JavaScript frameworks like Angular and Ember, Firebase could have a shot at becoming a standard.

At the same time, with this addition, Firebase could become more compelling for developers who have been impressed with the ability to sync data immediately across multiple computers, sort of like Google Docs. And so serving up data in real time could become more pervasive if Firebase’s services continue to gain adoption.

They could sit alongside companies’ expanding big data toolsets, too.

Companies are finding ways to use data to increase revenues or decrease costs, and we’ll be highlighting some of those technologies at our DataBeat conference next week in San Francisco.

Firebase came up with the solution just by listening to people who use the startup’s existing backend, Tamplin said.

“They said they needed an easy place to put their app and to put their source code on the web,” he said. “They were using Firebase for everything, and they were going out and using Heroku or, like, [Amazon’s] EC2 and hosting their code somewhere. It was a non-uniform experience, and that was the pain point for them.”

Now those who have come to love Firebase don’t need to do that.