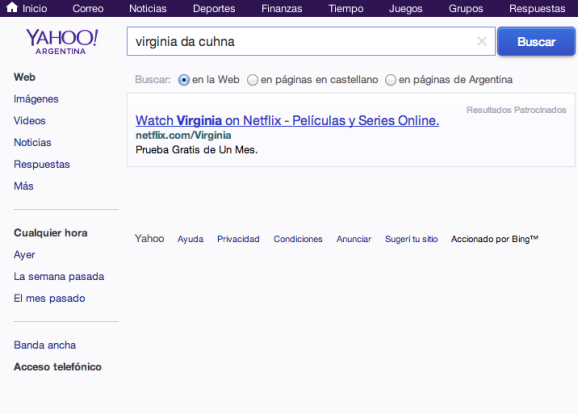 Today, a European court upheld a law forcing Google Spain to remove links to newspaper sites that Mario Costeja Gonzalez finds embarrassing about her troubled financial past. In the decision, the court upheld the so-called “right to be forgotten” of citizens to compel search engines to remove information when judges rule that the right of privacy outweighs the public’s interest in transparency.

The decision touched off a firestorm debate between free speech advocates like Wikipedia’s Jimmy Wales and defenders of personal liberty.

It’s unclear how exactly courts and search engines will apply this ruling, if it continues to stand. According to the court, it depends “on the nature of the information in question and its sensitivity for the data subject’s private life and on the interest of the public in having that information, an interest which may vary, in particular, according to the role played by the data subject in public life.”

In other words, someone will have to decide whether the public’s need to know is more important than the rights of the individual. One way search engines may comply with the unwieldy task of removing particular embarrassing information from links is to simply erase them from search results.

For instance, entertainer Virginia Da Cunha sued Yahoo and Google for linking to embarrassing racy photos that regrettably made their way on to the ‘Net. “Claiming that removing only selected pictures was too difficult, Yahoo decided to block all sites even referring to Da Cunha from its Argentinean search engine,” explained George Washington University Law Professor Jeffrey Rosen.

And, the photo [above] is what the this “right to be forgotten” looks like. A blank page. Nothing. This compares to the wealth of (pretty innocuous) information on Yahoo’s U.S. search page. 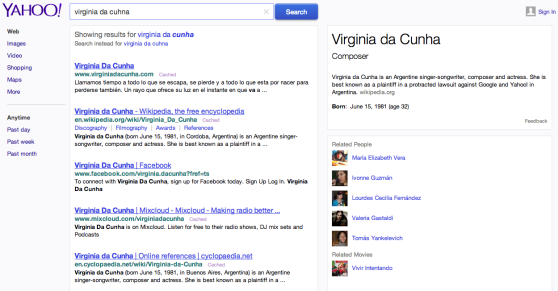