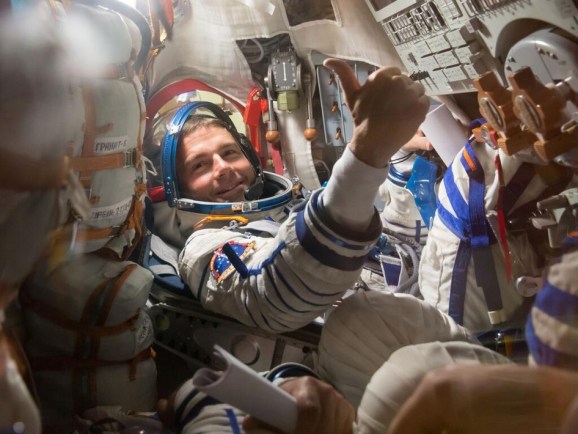 Private spacecraft maker SpaceX has announced plans to show off its latest collaboration with NASA: a space-worthy vehicle that can deliver astronauts from Earth to a space station and safely back home.

The Dragon Mk 2 spacecraft will be revealed on Thursday, May 29, Elon Musk, SpaceX’s chief executive and chief designer, wrote in a tweet.

“Actual flight design hardware of crew Dragon, not a mockup,” wrote Musk, who is also co-founder and chief executive of Tesla.

The new Dragon model should be a big improvement over the original one, which carried more than 800 pounds of cargo to the International Space Station in October 2012, not least because it will be suitable for handling human beings.

Musk talked about some of the spaceship’s new features at a press conference last year:

We want to work with NASA on that unveiling because I think it would be kind of a fun thing for the public to see the new version, kind of up close. It is quite a significant upgrade. There are very powerful thruster pods, side-mounted thruster pods, on the new version of Dragon and quite big windows as well for astronauts to see out. There’s legs that pop out the bottom. It looks like a real alien spaceship, if you will. We started off landing in water because that was kind of the easiest thing to do. We didn’t really know what we were doing, honestly, at the beginning. I think we’re getting better, but we didn’t want to take any unnecessary risks, but now we want to really try to push the envelope and see if we can take the technology to where it hasn’t been before.

The launch will be at least a few months behind schedule. “We have to figure out the exact timing, but hopefully later this year,” Musk said.