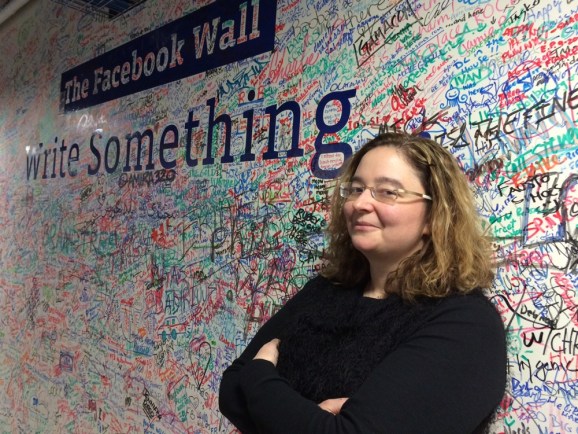 While people are still debating on whether data science is more about statistics or computer science, big companies are recruiting more and more social scientists into the field.

VentureBeat has learned that Facebook is to hold an academics-only conference in advance of the American Sociological Association 2014 Annual Meeting this August in San Francisco.

Facebook will run shuttles from the ASA conference hotel to Facebook’s headquarters in Menlo Park, Calif. According to the company’s event description, the pre-conference focuses on “techniques related to data collection with the advent of social media and increased interconnectivity across the world.”

Peter Brandon and Michael Corey are the organizers of this show. Brandon is a sociology professor at University at Albany, SUNY, who uses Survey of Income and Program Participation (SIPP) data in his research. Corey is a PhD candidate in Sociology at the University of Chicago. He uses time diary data to research into how evening work affects time with family.

Corey has been working as a quantitative researcher at Facebook since last summer. His growth research team has “two sociologists and a manager trained in communications with a sociologist as an advisor,” according to an article he published early this year. The team helps expand Facebook to developing countries. Corey uses R-based software stack, collects data via Hive and uses a few other coding languages to do his job.

As Corey has pointed out, his work to expand Facebook’s reach in developing countries enables the company to sell more advertising. Some of the papers that will be presented at the conference also have application potential for Facebook. One such paper is “Using Social Media to Engage the Hard-to-Reach Populations,” which might teach Facebook ways to increase its user-engagement rate.

Sociologists usually enjoy an anti-capitalism reputation. Why they might be interested in attending a conference sponsored by an S&P 100 company?

The data set available at Facebook is incredible. One reason is just the sheer scale of the data. While sociologists usually don’t have the resources to interview or survey millions of people, Facebook has data generated every day by its 802 million daily active users.

The second reason is the naturalness of the data. Sociologists typically use interview, survey, and ethnography to collect data.

“So I give you a survey you fill it out, which is very artificial,” said Laura Nelson, PhD candidate in Sociology at UC Berkeley, in an interview with VentureBeat.

“Whereas ethnography, as soon as you walk into the room, you change that room, because you are a foreign presence. There’s a scientist in the room. People get self-conscious. They don’t act naturally.”

In comparison, Facebook data is not influenced by the presence of a social science researcher. “It has no artificially construct, you are not bringing people to the lab,” Nelson said. “So you are recording social interaction in real time as it occurs completely naturally.”

How to do sociology on a group of a billion people

Facebook also has very powerful data science tools. For sociologists who are dealing with data at the scale of terabytes, traditional research software like Stata no longer suffices.

“I think that sociology departments should focus on training their students to use open-source software rather than traditional, expensive software packages,” said Lauren Beresford, a UC Berkeley-trained sociologist. Beresford now works as a data scientist at VC-backed baby monitor startup Sproutling.

According to the event schedule, Facebook will give a demo of its tools and software stack at the conference.

Although computer science and sociology are a sea apart in universities, sociologists with an interest in quantitative research still find their way to learn coding. Sociologist Beresford started coding in graduate school. At Sproutling, she said, “I am learning on-the-job and teaching myself with books and online courses in my spare time.”

PhD candidate Nelson was lucky enough to go through the Concentration in Analysis and Research program at the University of Wisconsin, Madison, where she studied sociology as an undergraduate. In that program, she learned statistics as well as Linux, Emacs, and Stata for Linux.

However, there’s concern over limited intellectual autonomy sociologists have when they do research in the industry. Although publishing is encouraged at Facebook and people do produce academic work there, “Everything has to get approved by the communication and legal teams,” according to Corey’s article.

There seems to be a great demand for sociologists who can code. Corey now spends a lot of time hiring fellow sociologists, according to his article. It is also the case in other big companies. In one interview conducted with the London School of Economics, Google’s Vice President Prabhakar Raghavan claimed that he just couldn’t hire enough social scientists.