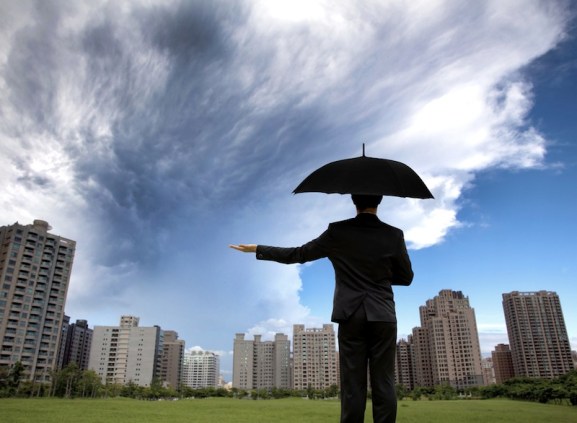 Apple’s recent announcement of Dropbox/Box competitor iCloud Drive underscores what most of us already know: storage is rapidly becoming a commodity.

Hundreds of millions in venture capital money has been poured into what was once considered a hot market. But with recent events (e.g. iCloud Drive) foreshadowing a decline, what is to become of the online file-sharing space? And more importantly, how can vendors such as Dropbox and Box — and their investors — find opportunities for growth while building a successful monetization strategy that leads to a liquidity event?

The reason for these cloud storage services to pivot is not just due to Apple’s new iCloud Drive. That news, in a vacuum, would be interesting enough to perhaps spur a sideshow where bloggers, pundits, and social media icons give you a brain freeze by discussing hypothetical moves like it’s the NFL draft.

But the Apple news is not in a vacuum. It comes on the heels of nearly a year’s worth of events signally a potential decline within the file-sharing and -storage market. Apple’s iCloud Drive is simply the last straw for file-sharing vendors who have failed to figure out how to monetize their services or failed to successfully play on the business-to-business (B2B) side.

It’s time to move in a new direction. If you’re not convinced, examine the evidence.

First, let’s go back to Box’s SEC filings that showed a significant cash burn, and a repositioning as a cloud platform vendor -– a move that was likely based on the desire to recreate Salesforce’s success.

The problem with this strategy? Salesforce has always had one critically different mechanism that Box doesn’t: a workflow-based application that makes Salesforce both indispensable to businesses and easy to use. Storage by itself is not a workflow application. It is not ERP, CRM, or any kind of technology that directly impacts cost or revenue generation. It is a necessary evil. Yet, that’s Box’s main focus.

Turning attention to Dropbox, with over $1 billion in funding in its coffers, the case is a bit different. The company has a massive consumer footprint.

Dropbox is everywhere. For business use, employees adopted it as a workaround because enterprise file sharing solutions were slow to gain adoption, and usually pretty awful to use. Dropbox, however, has become the bane of IT’s existence. Its service is lacking in security controls and increased the potential risk for data breaches and lack of compliance. Dropbox has tried to go after the enterprise file sharing market with Dropbox for Teams, followed by Dropbox for Business. It failed, and continues to fail primarily because it lacks security controls. Secondly, Dropbox as a company is focused on gaining consumers of commoditized storage.

And there’s the problem.

So, what can Box and Dropbox do to escape a declining, increasingly commoditized market? The key for success — or escape, if you will — is to figure out how to add new features that will help the online file-sharing vendors plug their security and workflow holes. This will provide a true business solution, where storage is just one commoditized component.

1) Focus on the technology gaps in the file-sharing space

This is where true innovation comes in. Security and digital rights management (DRM) remain primary concerns among online file-sharing users, particularly in the enterprise. Value-added security services, developed either organically or provided from growing, third-party developers, that enable users to easily control who accesses files and via which devices are key capabilities that are lacking in current file sharing solutions. Add in analytics and controlled distribution that plugs into SharePoint and other enterprise collaboration systems, and Dropbox and Box have something of higher value.

There are little-known players in the file sharing space with unique capabilities such as DRM and content analytics that make them good targets for acquisition. The purpose of these acquisitions is to truly transition from storage player to a business collaboration platform. The right acquisition could elevate the profile of a file-sharing provider and make them stand out from the crowd. Partner stores like those designed after the SalesforceAppExchange may plug some holes, but can also put the file-sharing vendor in peril of losing one of its partners to a competitor (as recently happened when Intralinks snagged DocTrackr from Box’s portfolio).

The online file-sharing players and their investors are at quite a crossroads. Only the future will tell if Apple is as committed at winning the consumer storage market as much as it was focused on the mobile device space (and the subsequent demise of BlackBerry). While the file-sharing vendors still have time, and room, to make a change, big decisions need to be made.

Nick Pappas is a Vice President with MassVentures and an investor in Content Raven, a leading DRM solution. Nick has been working with early-stage technology companies for more than 15 years, advising management teams and boards of directors on market expansion, capital raising and merger and acquisition strategies. Since joining MassVentures in 2009, Nick has been responsible for identifying investment opportunities and working closely with MassVentures’ portfolio companies. Nick sits on the board of Content Raven and TerraTherm, and is a board observer at OwnerIQ.