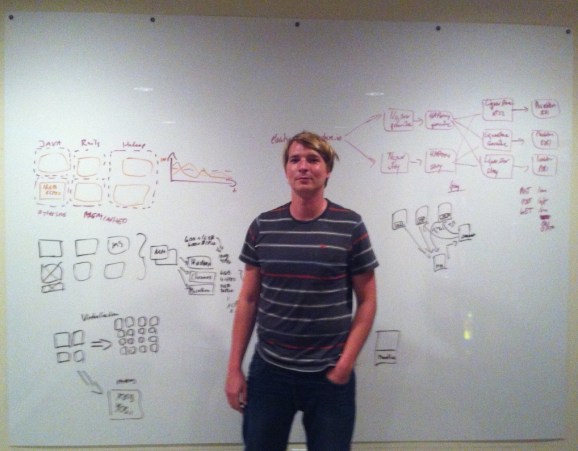 Mesosphere, a company aimed at simplifying management of server resources inside data centers, has raised a hefty $10 million round.

The investment, led by key Silicon Valley VC firm Andreessen Horowitz, shows the continuing importance of data center technologies, even in a world when many companies are moving to cloud infrastructures that replace or complement their own data centers.

Mesosphere focuses on simplifying the deployment of Apache Mesos, an open-source system that figures out the best way to perform computing jobs in a data center in order to ensure that servers get used in the most efficient way.

“Mesosphere adds software and services to make Mesos work better for companies that don’t have the expertise to do it themselves,” Matt Trifiro, Mesosphere’s senior vice president, told VentureBeat.

“A car analogy: If you like to build cars, then you’ll want to build your own starting with the engine block, Mesos. We deliver you a Ferrari ready to go.”

Mesosphere’s press release notes that Twitter uses Mesos in its private data center, while Airbnb and Hubspot run Mesos on their Amazon Web Services accounts. Note that these companies don’t necessarily use Mesosphere’s products, but rather the open-source software on which Mesosphere is also based.

Mesosphere founder Florian Leibert was among the team that brought Mesos to Twitter, the company’s press release says, and he then went on to implement it at Airbnb.

Data Collective and Fuel Capital also contributed to the round. The new round comes on top of a $2.25 million seed round from Andreessen Horowitz, Kleiner Perkins, Foundation Capital, and SV Angel. The company is based in San Francisco and has a second office in Hamburg, Germany.