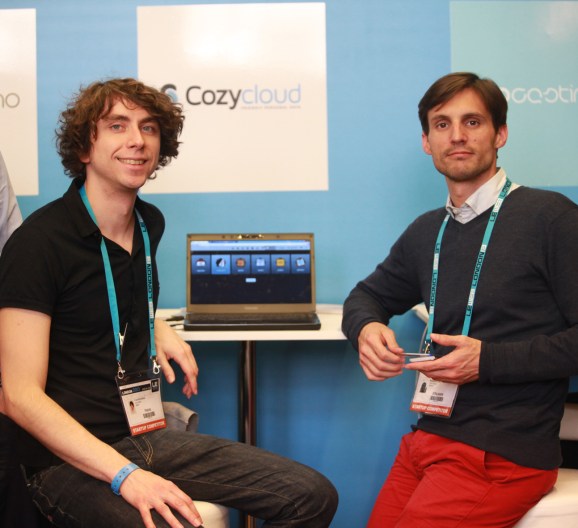 “We are building an open platform that allows people to have their web apps and their personal data on hardware they control,” said CozyCloud co-founder Frank Rousseau.

In short, CozyCloud lets you set up a server (based on Android) that provides contacts, calendar, file storage, and email — all under your own control. It supports synchronization with mobile devices and laptops.

All of the apps share the same file store.

“Because all apps can share [the data], they can interact together,” Rousseau said. “For instance, we built a quantified self application that provides visualization of data stored by other apps.”

Other companies have attempted to build a “personal cloud,” responding to concerns about privacy and security with the big public cloud providers. Few have achieved much success. For example, Tonido and BitTorrent Sync offer purely private file storage and media access, Lima aims to do the same thing with a plug-in file storage gadget, while Pogoplug has achieved some success selling small file-storage devices that plug into your home network and can be accessed remotely. More comparable to CozyCloud is ArkOS, a 23-year-old coder’s attempt to give the middle finger to Google with a full-featured suite of cloud apps, all running on a Linux box.

However, none of these projects yet have anywhere near the reach of mainstream cloud services like Google Apps and Google Drive, Dropbox, or Box. Like them, CozyCloud will face challenges in making its tech as easy to use and as convenient as popular cloud services.

CozyCloud says that Orange, La Poste, Alcatel-Lucent, and Mozilla are all evaluating its technology.

The investors are French VC fund Innovacom and Seed4Soft, a French angel group. CozyCom has seven employees and was founded in 2012.