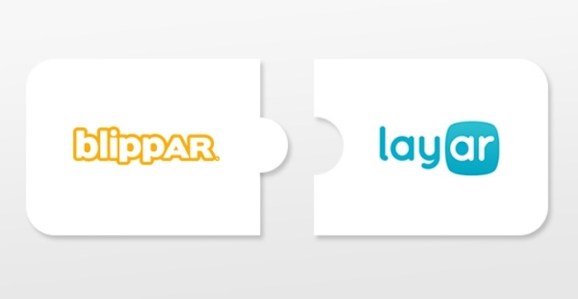 Blippar’s technology allows consumers to use a smartphone’s camera on display or print ads and objects to reveal additional AR messaging. (This is triggered when an advertisement or on an object are specified as markers that can then be “blipped” to reveal the AR experience.) And Layar is known for making print ads interactive via augmented reality.

“To me, Layar has always demonstrated that it shares this vision of an augmented world,” said Blippar CEO Ambarish Mitra in a statement. “Now working together as one team, we will further define what consumer augmented reality needs to be and what will be required to deliver it on a global scale as an intuitive daily behavior.”

The move makes Blippar one of the leading companies in AR technology, which has seen renewed interest thanks to Facebook’s recent purchase of Occulus Rift.

The combined companies will now work with over 5,000 brands and publishers and more than 100,000 self-publishing partners across 175 countries.

While we don’t know how much Blippar spent on the acquisition, it’s worth noting that Layar had previously raised $17 million in funding.