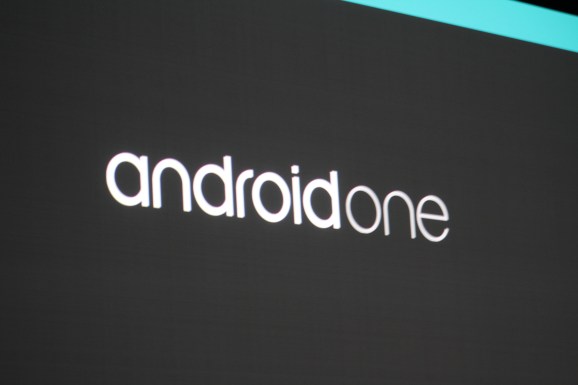 SAN FRANCISCO — It’s time to get even more people using Android smartphones, Google believes. And it has a plan.

At its Google I/O developer conference today, Google senior vice president Sundar Pichai announced a set of hardware reference platforms called AndroidOne. It’s meant to help phone manufacturers create less-expensive Android phones for sale in markets where $400 to $600 for a handset is out of reach for most people.

The first stop for the new hardware? India, Pichai said.

The move could add to Android’s already large user base, which has now passed the 1 billion active user mark.

“We are working with many partners,” Pichai said, including Micromax and Karbonn, brands that are not well-known in the U.S. but which have significant market share in India.