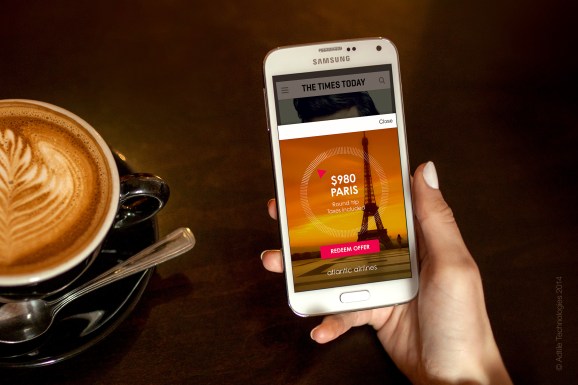 Adtile Technologies, a mobile ad tech company, announced that it has raised $4.5 million in its Series A round of funding from undisclosed investors. It also said it will launch a Member Center this fall — an “app store” for ad developers and designers.

Adtile believes that interactive ads do not always deliver emotion to the user. With Adtile Motion Ads, mobile device users can shake or tilt or draw a shape with their phone to execute a task.

Adtile is building the Member Center to support intelligent design and data layers for ads, according to founder and CEO Nils Forsblom. It will include all on-board CoreMotion hardware APIs, touch controls, and third-party data APIs: weather, traffic, flight information, restaurant menus, and more.

The company will use the $4.5 million raised from investors to expand operations and continue its growth. Adtile currently works with multiple clients in North America, South America, and Europe. It intends to expand its operations into Asia over time.

The company will announce major partnerships as the summer rolls on, Forsblom added.

“We have very specific guidelines for everything,” said Forsblom. “The sky is the limit of creativity for what you can do. App stores gave developers a framework to build beautiful and useful applications. Our vision is do the same with mobile advertising.”