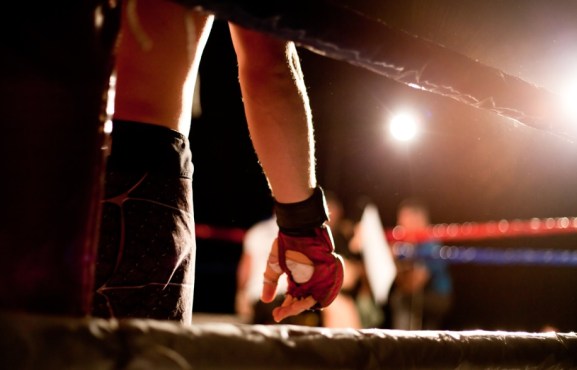 The Internet has finally begun its largest expansion to date.

Alongside traditional .com and .net domain names, endings like .guru, .club, and .ninja are beginning to roll out to the general public. One of the largest supporters of this expansion has been Google, which applied for ownership of 101 of these new domains such as .car, .eat, and .google.

Just recently, Google also quietly announced it would be offering its own domain registration service — not only is there the potential for Google to own about 100 new top-level domains (TLDs), it will be putting them (and other domains licensed from third parties) up for sale. Very few companies are in a position to challenge market leader GoDaddy (which is set for a $100 million IPO) the way that Google is. It begs the question, how might Google best tempt customers to its new service when it becomes available?

Currently, Google has applied to host a significant number of domain names that play right into supporting small businesses. Developers looking to promote their latest projects can use endings like .app or .cloud, business services professionals can take advantage of endings like .cpa, .llc, and .inc, and bloggers can use endings like .blog, .mom, .tech, and .film to distinguish themselves from other sites in their verticals. Essentially, Google has a domain fit for almost every category of small business, and with so many .com and .net names already in use, these will likely be appealing alternatives for those looking to establish themselves online. It’s certainly one way Google could readily challenge GoDaddy and become the go-to registrar for small business owners.

Many of the domain names Google is looking to secure speak directly towards its own services. GoDaddy is primarily a domain registrar so its audience is specific — only people who need a particular domain name. Google has its hands in many projects with huge audiences that make sense as targets for its new service. By implementing domain names like .android, .blog, .gmail, .cloud, .docs, and others for its corresponding services, Google is able to better promote its own products. There is the potential for Google’s adoption of these domains to influence future search algorithms — will Google want its own products to go to the top? If you are already part of the Google community, it’s easier just to stick with what you know, especially if using a Google domain name might improve your chances of popping up in the search engine.

In the domain world, there are typically registrar companies and registry companies. GoDaddy is a registrar — it doesn’t own the extensions it sells. Instead, it’s a third-party that profits from facilitating the sale of a domain name to the public. Donuts is a registry — it applies for and secures ownership over various extensions, like .ninja or .guru, and wholesale them to a registrar like GoDaddy. Google is now both, sometimes referred to as “vertically integrated” and typically found among smaller players in the industry. Google can and will be a major player on both sides of the fence and will have a lot more control over the way new domain names are offered to the public. It will have significant influence over the pricing and facilitation of getting these domains out to the public, and if done right, it’s a very logical way to stand out against GoDaddy (which originally applied for just three TLDs — .home, .casa and .GoDaddy, but subsequently dropped its application for the first two and thereby remains only on the registrar side).

Challenges of Taking on GoDaddy

Google is certainly in a great place to challenge GoDaddy for a significant chunk of the domain registrar market. However, there are some hurdles it will need to overcome first. GoDaddy, while having a reputation for less than tasteful commercials, does have an excellent reputation for its 24/7 customer service. Google has a reputation for the opposite and will need to approach this service with a different mindset than with previous products and services. Furthermore, when it comes down to it, Google is quite late to the registrar game. While it was quick to jump on applying for new TLDs, access to the new registrar service is invite-only for the time being, and it’s unclear exactly when it opens to the average consumer.

In reality, many domain owners will want all of their domains at just one registrar for ease of management; so it certainly begs the question, which one should we choose? GoDaddy has a tried and true reputation in the space, but Google will bring both its name and expertise to challenge our industry to innovate and provide new solutions — exciting times ahead!

Despite the power of Google, GoDaddy doesn’t need to be worried about its attempt to get into the registrar game yet, though it will be curious to see if other major tech companies — like Amazon (the third largest applicant for new top-level domains at 76 total) or Microsoft are inspired to make similar plays in the near future. While GoDaddy has reigned supreme for a long time, the Internet is about to look like a whole new place, and it’s likely more and more companies will be looking for a piece of the pie early on.

Ray King is the CEO of Top Level Design, a new domain registry behind the .wiki and .ink top-level domains.