The Urban Observatory is a multi-media interactive exhibit culled from big data that is displayed on screens to let viewers compare and contrast data from the world’s largest cities. Fifty-five of the world’s largest metropolitan cities shared their data to create what Wurman is calling the globe’s first real public observatory.

The observatory is being unveiled today at the Esri User Conference in San Diego. Wurman produced the project with geographic information systems provider Esri. Early next year, in February 2015, the Urban Observatory will make its way to the Smithsonian Institute in Washington DC, where the exhibit will be permanently housed.

Using media-rich screens, viewers can now see first hand the results of increasing global urbanization and importantly, what can be done to improve their quality of life. Integrative GIS technology and geodata were used to help compile the information utilized in the project.

“This has been my dream,” the diplomatically prickly Wurman said. “In 1962, it was an idea. The Urban Observatory has the same DNA as the original. It’s highly interactive, everything is comparable and everything changes scale.”

It was a massive undertaking. Cartographers and computer scientists used big data sets, helped by 3D graphics and Landsat, NASA’s satellite program that captures incredibly detailed images of the earth’s surface, to look back at the last 40 years of city development. It provided scientists insight into how the planet is developing -and how to help save it.

The excitable Wurman, who co-founded the mega successful TED Conference, where the world’s biggest technologists like Google co-founders Larry Paige and Sergey Brin often speak, initially launched the project in 1962 as a bricks and mortar book.

“This is a much more sophisticated version of the original book, and it works off the cloud,” Wurman told VentureBeat from his home in Newport, Rhode Island.

“Our world has always had big data surrounding us that has remained untapped for any real understanding,” Wurman said.

“We are several iterations into developing a common language for mapping urbanization. It will allow cities to understand not only the major threads of their performance, land use and contents comparatively, but eventually the nuances of change and action.” 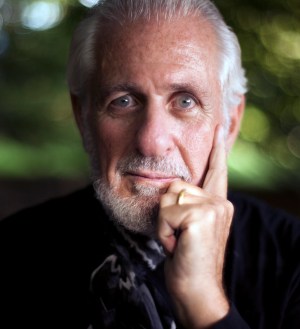 Wurman described the Urban Observatory as a highly interactive exhibit that synthesizes complex data on cities and aggregates the information in order to compare and contrast data from one large city to another in a touch screen format.

The Urban Observatory is a real-time look at modern cities and the myriad challenges they face. Over 15,000 cartographers from 200 countries contributed designs and data. Wurman, 79, said crucially, that the project is a concerted attempt using technology to present life factors in cities including New York, Boston, Los Angeles, Shanghai, London, Berlin and others.

“Eventually this will become a new kind of virtual museum. It shows cities growing and changing in a common language. No two cities are the same, and nor are the maps reflecting them,” Wurman said.

Wurman is legendary and is something of a big data curmodgeon. For example, he insisted I tape record our conversation not only for posterity but to make sure I got it right.

Wurman said half the world’s 8 billion inhabitants live in urbanized areas, or cities. He cited stats from the Global Health Observatory that by 2050, 7 out of 10 people will live in a city. Nowhere is this phenomena more visible that in China, where each year millions of inhabitants move from rural farming areas to Beijing, Shanghai and Xian, for example, creating its own subset of problems.

Wurman said that those visiting the Urban Observatory can see how a virtual project fueled by big data can be a “tool” for positive social change. Data in the exhibit displays power grids, water distribution nodes, the effects of development and the cost of living relative to individual cities.

Users can access the Urban Observatory data on their mobile devices with the Esri app and on their website.

The end-result of Urban Observatory is that it’s yet another digital tool for understanding and tracking the world’s biggest cities, the equivalent of a virtual dictionary for a writer or a Google for researchers of any stripe, Wurman said.

With 50 percent of people living in urban areas, Wurman said the reasons why and what transpires within cities is “something you might want to understand.”

Indeed, Wurman has high hopes that big data will go a long way in explaining the dynamics of city and urban life -crime, politics, personal taste, movement et al- and that the Urban Observatory will be a big explainer for researchers and the plain curious. Nobody, he said, has ever undertaken anything like it.

Talking about the project he began in 1962, years before Big Data became a favorite catchphrase for some, Wuman added:

“Now is the time for us to learn. We can take the big data of these cities,” he said, “and understand each other.”