Google’s driverless car prototype makes autonomous cars look like they’re right around the corner, but the verdict isn’t out on when they’ll hit your local dealership.

For now, we’re stuck with autonomous-inspired features like Cadillac’s “Super Cruise.” According to transportation consultancy Fehr & Peers, autonomous cars won’t make up a majority of traffic in the U.S. until 2040. Elon Musk, however, predicts that Tesla will sell a driverless car by 2016.

The graphic below, created by Mojo Motors, sums up the auto industry’s conflicted take on the future of driverless cars. 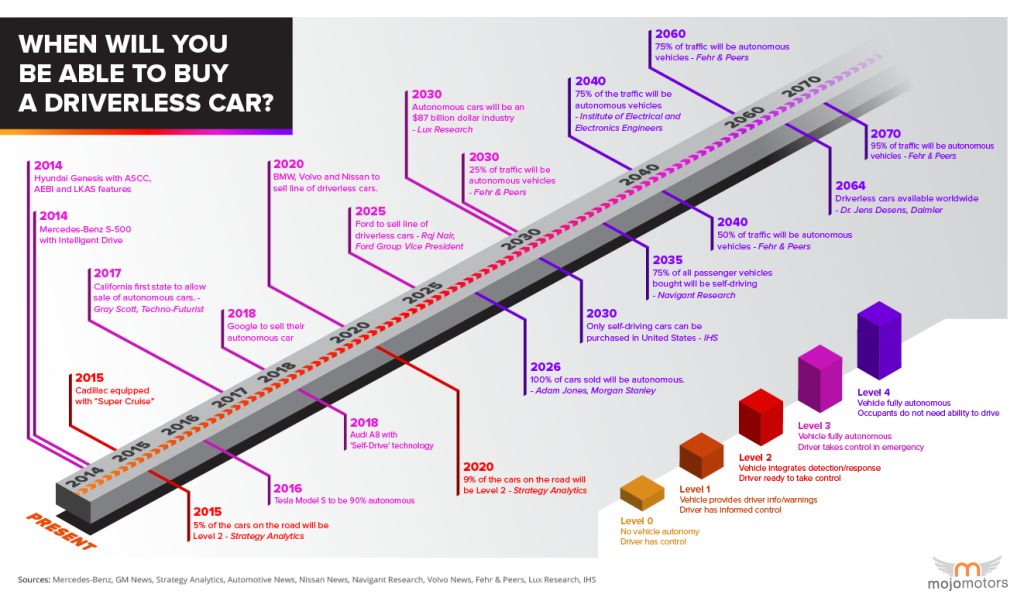