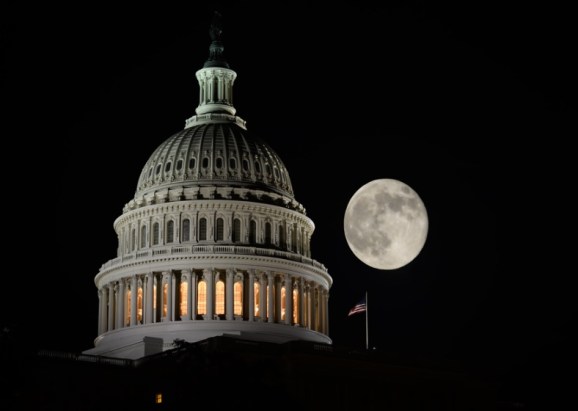 Democracy may be one of man’s greatest inventions, but it has suffered lately in many developed countries due to low citizen participation and general distrust of politicians and government institutions.

In the U.S., only about 40 percent of the eligible population votes during midterm elections, and many city mayors have been elected with single-digit turnout.

The Web is helping to address these challenges and restore democracy back to its original Greek definition: “government by the people.”

Also, the emergence of crowdfunding in the civic arena enables everyday people to pool their money and have a greater say in the projects they care about.

When it comes to government entities, the open data movement hinges on the belief that data is a public asset — just like highways and parks — and should be made freely available to everyone.

Releasing data about budgets, school test scores, court sentences, hospital waiting times (for public hospitals), and more allows people to measure the effectiveness of their local institutions and services. In short, data enables citizens to see just how its government is doing.

However, open data isn’t just about public access to data. People need to be able to use the data, discover it, share it, and combine it with other data. Open data provides an opportunity for innovative citizens and companies to create groundbreaking solutions to some of the biggest challenges facing the government and community.

For example, at a recent Open Data Day in Vancouver, project hacks ranged from a visualization of Vancouver’s budget to an analysis of test scores at local schools, and a website monitoring local area bike accidents.

Companies already involved in opening data include OpenGov,Open Data Soft, and Junar. But in order to get the most value and transparency from public data, we need someone to take all the existing public datasets and make them accessible and comparable through a single platform, similar to what Clever does in education.

Paul Allen’s Vulcan Capital is investing $40 million in Scytl, a Barcelona-based digital voting services company. While many of Scytl’s customers come from emerging democracies, developed markets – including the US and Canada – are looking at Scytl to reduce costs.

In addition to online voting, the Web enables citizens to have a louder voice in shaping everything from public policy to public services. Virtual meetings, town halls, and public consultations are replacing in-person gatherings. Local governments and organizations are using platforms like MindMixer and PlaceSpeakto solicit real-time feedback and ideas from citizens.

For example, the local government in Wichita, Kansas used MindMixer during a recent drought to ask people what they would be willing to do to conserve water. When San Francisco asked citizens to help redesign the library card, they received more than 5,000 submissions through MindMixer.

While PlaceSpeak and MindMixer projects are posted and managed by organizations, there’s still room for a citizen-driven platform, where everyday people can organize around shared concerns. Sites like SeeClickFix or CitySourced are beginning to address this opportunity, but we also need a platform on a larger scale and with more traction.

Crowdfunding sites like Kickstarter and Indiegogo have already played a major role in democratizing access to capital for hardware start-ups, artists, filmmakers and other entrepreneurs in the private sector. But can crowdfunding also pick up the slack to fund cash-strapped projects in the public arena?

With the emergence of crowdfunding in government, citizens can donate money to the civic projects they care about: a new park, library renovation, bike share program, homeless shelter, etc. If enough of the public backs an idea with their wallets, that project can go forward.

For example, on Neighbor.ly, a crowdfunding site specifically for civic projects, groups raised money for a dog park in Florida and to greenlight Google Fiber in Kansas City.

While there’s always the risk that crowdfunding projects will center around the wealthier neighborhoods and citizens, the model has an undeniable grassroots organizing affect. Someone’s $100 contribution to waterfront restoration won’t go too far on its own, but when that person joins up with a thousand other like-minded individuals, a project can get the financial backing it needs.

In some cases, we have seen collaboration between public and private funds. For example, back in 2012 New York State matched the private funds raised by Matthew Inman (aka The Oatmeal) on an Indiegogo fundraiser to build a museum at the former lab of Nikola Tesla. The fundraiser reached it goals, enabling a non-profit to purchase the land housing Tesla’s former lab as a first step toward honoring the site.

In many ways, civic crowdfunding is a win-win situation: citizens get the projects they want, while cash-strapped governments and taxpayers need to pay less for them. Perhaps more importantly, crowdfunding can take the politics out of the decision to fund or not fund certain projects.

In essence, citizens are now voting with their wallets, and can bypass the one or two gatekeepers in government who used to solely decide how to allocate public funds.

Opportunities for the tech community

These three trends aren’t just good for citizens and democracy, they’re good for business. Software developers and entrepreneurs will have a unique opportunity over the next few years to launch new ventures based on the data now available on government websites.

There’s tremendous opportunity for innovation from the private sector to solve communities’ most complex problems and help address government’s limited budgets. Fixing government issues can prove to be a major economic stimulus plan for innovative startups.

Boris Wertz is the founder of version one ventures, and has invested in over 50 early-stage consumer and enterprise companies, including Edmodo, Flurry, Indiegogo, and Wattpad. Follow him on his blog and on Twitter @bwertz.