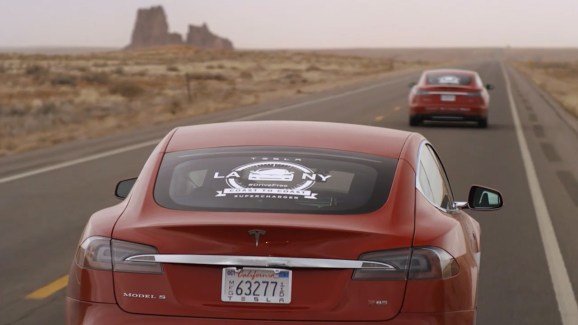 Tesla rocked the automotive world last month with news that it plans to build a 5 GW lithium ion battery plant in the United States. That’s huge: 5 GW is equivalent to all of the world’s current battery production, so, Tesla will basically double global battery manufacturing.

This alone is not staggering; companies and industries scale rapidly all the time. What makes Tesla’s announcement so important is that it comes just a few years after battery companies such as A123 and Valence Technology filed for bankruptcy; big corporates such as Bosch and Dow Chemical left the industry, and electric car manufacturers Fisker and Bright Automotive closed their doors.

The battery business is a tough place to make money: capital is expensive, engineering costs are high, supplier qualification periods are long, supply chain economics are tight, and there never seems to be enough electric vehicle demand to get to production capacity. There are plenty of reasons why so many battery companies have struggled. And, since batteries are a sizable chunk of the cost of an electric vehicle (EV), EV manufacturers tend to flounder alongside their battery suppliers.

So, why can Tesla scale in an industry that was considered all but dead in the United States just a few years ago?

1.  Know and own your most expensive part

Tesla made the early decision to assemble its own battery packs. It struck a deal with Panasonic to buy small cylindrical battery cells and then assembled the cells and develop the thermal management system, software, electronics, and mechanical enclosure, on its own.

Around a quarter of the cost of a battery pack is in those non-cell components that Tesla is assembling. As volumes rise and designs mature, Tesla is able to directly benefit from any cost optimization.

Integrating a new third party battery pack into a vehicle can take at least 9 months of engineering time and resources. There are often communication hiccups between the battery management system and the vehicle system. Because Tesla designs its vehicles from the ground-up, it is able to optimize the battery pack with the vehicle design, thereby eliminating the time and resources involved in battery integration.

New battery cell technology takes years of R&D and testing. Often results that are groundbreaking on a lab scale are not corroborated when the technology is scaled to production. It is very hard to scale new battery technology and maintain the performance, quality, and safety targets.

The Panasonic 18650 cells, which Tesla purchases, are standard small cells, about the size of those used in laptop computers. They are used widely across multiple industries and are already at production capacity. Tesla therefore benefits from volume pricing and logistics security. It has not had to go through the painful process of scaling a new technology and manufacturing plant to production capacity.

Now, Tesla is reported to be working on a second-generation cell design with Panasonic, but this will hit production after the company has already established its brand and has the flexibility to test a new product. Unlike its competitors, Tesla opted for a known technology that was already produced at volume, which lowered their technology risk, allowed volume pricing early on, and reduced the risk of supply chain disruptions.

The electric vehicle market is no place to make a quick buck. Although the market is growing, it takes five to eight years for most battery and vehicle platforms to see profitability. Indeed, it took Tesla 10 years.

Many investors in battery companies have had unrealistic expectations that stifled organic growth. Fisker Automotive, A123 and others received upwards of $130 million each in loans from the DOE to support their production. Many hailed these funds as the gateway to manufacture and get to market. However, these loans were chump change in such a capital-intensive industry. Fisker needed closer to $2 billion to be successful.

Tesla’s CEO, Elon Musk, has had no such illusions. In 2007, he spent his last $20 million to keep Tesla afloat, even when he was rumored to be living off of personal loans from friends. His strategy in fundraising was to set expectations on par with automotive industry standards, where everything – especially new technologies takes time, lots of time. Patience allowed Tesla to grow steadily with the market’s growth and bequeathed it the time it needed to optimize its production.

Shortly after Tesla announced its plans to build a 5 GW factory, the company opened up its patents to competitors, allowing any other car company to use the Tesla technology. These patents specify Tesla’s batteries, so Tesla was in effect catalyzing more demand for their batteries. This was another smart move, which simultaneously scales the electric vehicle ecosystem alongside the company’s own topline growth. Indeed, 5 GW may just be the beginning.

Mira Inbar (@mirainbar) is a business development consultant, specializing in bringing new technologies to market in the energy and advanced materials sectors. She was one of the founding member’s of Dow Chemical’s lithium ion battery business.