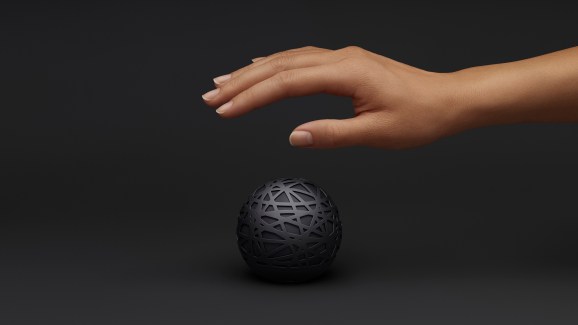 You may love your wearable, but you shouldn’t take it to bed.

That’s the argument made by James Proud, the founder of Hello who recently created a runaway success on Kickstarter with the launch of the Sense sleep coach.

Proud knows something about decisions that one may lose sleep over. A few years back, the 22 year-old gave up a chance to be the first in his family to attend college in order to accept an opportunity offered to be mentored by venture capitalist Peter Thiel. But he has now attracted veterans from Apple and Fitbit to attack a better understanding of our everyday sleep with a product called Sense.

Sense consists of two parts, neither of which attach to your body. The larger component is a glowing sphere that rests on your nightstand; it features an irregular lattice-like design reminiscent of China’s Olympic stadium, the Bird’s Nest. This is the housing for most of the sensors and processing. Hello used a multi-tiered logic board in order to get the electronics into the compact ball. The other is a small transmitter called the Pill that clips to your pillow and sends information about movement to the main sphere. Hello tracks the room’s temperature, noise and light levels and maps them to how well you’re sleeping and when, of course, you wake up.

There are a few general advantages that the approach has over a wearable, and at least one that’s a bit more specific to Hello. There are no concerns about comfort since the product isn’t worn, a particular concern given that Sense is trying to root out any potential causes of sleep discomfort. In addition, offloading most of the environmental sensors onto the powered base unit helps preserve battery life on the pillow attachment.

Speaking of which, one base unit can measure the activity for two people in a bed; all you need is a clip on the pillow the other person is using. On the other hand, not being on the body makes it difficult to measure potential biological phenomena such as sweat or snoring.

The bigger question, though, is whether Hello can make a broad enough base of people care enough about measuring their sleep despite the product’s initial Kickstarter funding success. One predecessor, Lark Technologies focused on monitoring the activity but has now shifted its focus to software. Zeo, a pioneer in the field that focused on people with more serious sleep disorders, closed its doors in May 2013.

Sense’s closest competitor today is the newly launched Beddit sleep tracker from Misfit Wearables, which also relies on sensors in your bed, rather than wearing a health tracker.

Ultimately, Sense may be thought of less like a Fitbit of Jawbone Up and more like that of Lively, the sensor network designed to help people track the activity of aging but independent seniors without being as invasive as, say, cameras. Both products are about understanding a home environment and examining patterns that can help create a better quality of life.