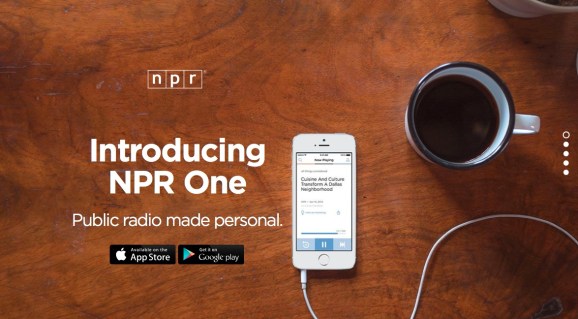 With most of the world turning to mobile devices to listen to music and other audio content, NPR has rolled out a new “NPR One” app today.

NPR One, which is available on both iOS and Android devices, doesn’t replace the organization’s existing apps for listening to nationally syndicated programs or catching local public radio affiliate’s stream. It does, however, attempt to offer a more fluid approach to getting your radio news via mobile devices.

Like other linear content, radio at its core is meant for you to sit back and enjoy without having to do much work. (This is also the only reason people still pay for cable TV besides extensive sports coverage.) That said, NPR One tries to curate a mix of radio segments and news articles based on your location and interests.

Having played with the app for a bit, I’ve found it to be definitely easy to use. And it doesn’t bombard you with lots of options. Upon launching the app, you’ll get a short (35 seconds) introduction that walks you though the basic functionality. You’re then prompted to log in (either via NPR.org or using your Facebook or Google+ accounts), which is necessary to enable curation. NPR One also keeps track of everything you’ve already listened to, so you don’t ever hear duplicate content. The app also notes things you like when suggesting new content going forward. And you can still do things like search for popular NPR podcasts, segments, and more.

The interface is pretty simple and inviting, with the app’s audio controls consisting of only buttons for play, pause, and 15-second rewind. Check out some screenshots of both the iOS and Android apps below, and let us know what you think in the comments. 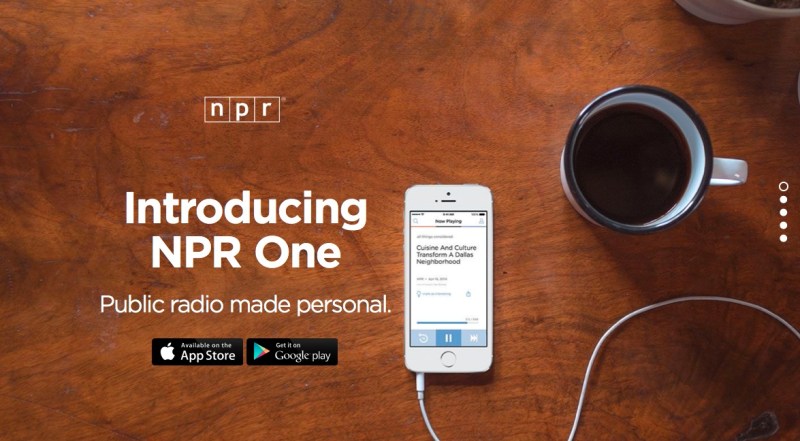