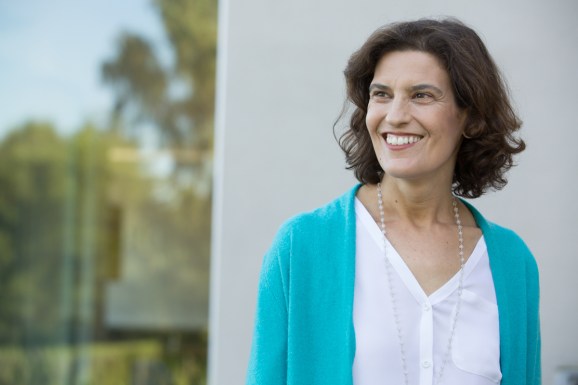 Childhood obesity can lead to problems like diabetes, which costs a lot to treat and can seriously diminish the quality of life for a kid. And it can lead to obesity in adulthood — and the kaleidoscope of health problems that go with that.

The statistics show that 30 percent of U.S. adolescents are obese. That’s more than 25 million children between the ages of 10 and 18.

With so many cultural and societal stimuli pushing kids to eat fatty foods, a serious deprogramming regimen can be needed to turn a kid’s diet around.

It’s a big health problem, but also a big opportunity for the right startup. Palo Alto, Calif.-based Kurbo Health believes it is that startup.

“The reality is that over one in three kids in the U.S. are obese or extremely obese,” Kurbo chief executive Joanna Strober told VentureBeat. “The costs of treating the health problems caused by obesity are enormous.”

Kurbo’s product is an interactive weight-loss program that provides tools, coaching, and frequent online communication with the child, including guidance from personalized coaches. This content comes through push notifications, video chat coaching, emails and text messages. The program also keeps the parents involved to support the child.

The company launched its iOS app today and says it’ll launch an Android app in September.

Kurbo’s Strober is a former partner at Bessemer, and an early investor and advisor to internet companies like Blue Nile, Baby Center and eToys.

Kurbo was part of the incubator Rock Health’s sixth class.