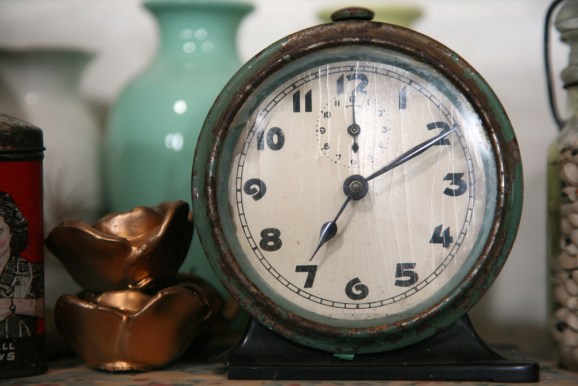 I’ll be the first to admit that managing the hours of my day is something I’ve yet to get a handle on.

Fortunately, I’m not the only one facing this challenge, and a startup called Timeful is releasing a new app today that should help, dubbed “Timeful.”

Now, you’re probably thinking it’s just another “calendar app” that will “tell” you (read: push notifications) when your appointments are coming up and offer some helpful gimmicks around travel directions (similar to services like Sunrise, Tempo, Mynd, etc.), but it’s not. Timeful aims to help you fill out the empty spaces of your schedule with the tasks you’re most likely to forget or put off, like paying a bill or picking up groceries. And it gets better at its job the more you teach it your scheduling habits by accepting or rejecting its suggestions.

“The one place where we haven’t put algorithms and machine learning is time,” Timeful co-founder Yoav Shoham told VentureBeat.

The founding team, composed of machine learning and artificial intelligence experts, is putting those fields to work to help people find the time to do the things they procrastinate on, normally because they’re not fixed in time the way business meetings or dentist appointments are.

“The simple observation is that what doesn’t make it onto your schedule tends to not get done. The first goal is to have one place where all those things can make themselves known to you,” said Shoham.

Within the app, items are split into three categories: events, to-dos, and habits. Events are scheduled items such as appointments and meetings, to-dos are tasks to be done such as paying a bill or mailing a gift, and habits are ongoing behaviors such as going for a run.

The app pulls from the various calendars in your phone, especially the default Apple calendar, and pushes back scheduled items so everything is in sync, it serves up to-do and habit reminders from within the Timeful app. Event reminders come from the Apple calendar app, as those items are usually scheduled in your permanent personal or work calendar. Timeful uses the EventKit framework to accomplish this, said co-founder Jacob Bank.

The company has been testing the app with a small group of users, though it had no significant trends or results to share at this time.

Timeful is first launching on iPhone today, and the team says the app will come to other operating systems soon. It wouldn’t disclose any details of its future product plans, however.

In May, the company announced it had raised $6.8 million in funding led by Khosla Ventures, with participation from Kleiner Perkins, Greylock, Data Collective, Pitango, Ashton Kutcher’s A-Grade Investments, and others. In April, Khosla Ventures partner Keith Rabois said he had backed the company and later announced he was joining the board of directors.

Timeful was founded in 2013 by Bank, Shoham, and Dan Ariely and is based in Mountain View, Calif.